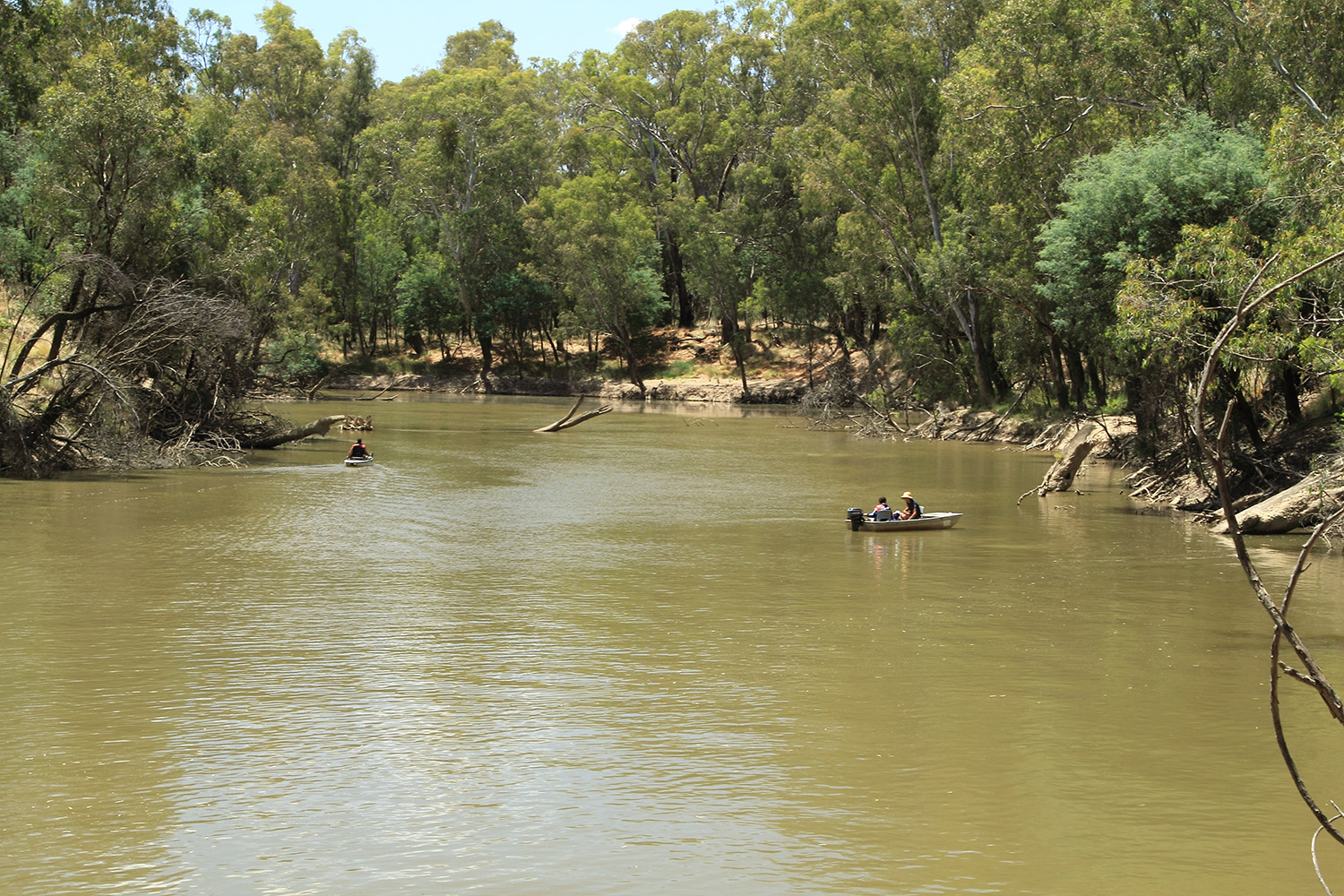 by EWKR Fish Team
This story discusses work undertaken during the Environmental Water Knowledge and Research (EWKR) project, and is re-published from the EWKR website.

Although knowledge of when, where and why native Australian freshwater fish breed has come on in leaps and bounds in the past few decades, the processes that influence how many young fish survive, and which die, has largely eluded scientists. It is this gap in our knowledge – and especially the influence of flow – that has motivated the development of a conceptual synthesis for fish recruitment in riverine ecosystems as part of the MDB EWKR fish theme. 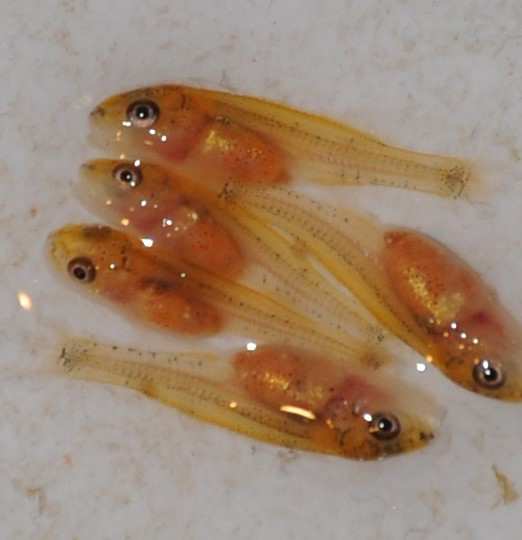 Fish produce far more eggs and the larvae that hatch from them than can possibly survive. Fish are the most fecund of all vertebrates; with thousands, and sometimes millions of young generated in the hope (in an evolutionary sense) that a few will survive the ‘slings and arrows of outrageous fortune’ (thank you Shakespeare) that the environment delivers.

It has long been the holy grail of fisheries scientists to uncover the reasons for why and how some of these super-abundant young fish survive and others do not.

Furthermore, to be able to predict the strength of future year classes can be particularly important for commercial or recreational fisheries, and to ensure the survival of a species threatened with extinction.

Intriguingly, future population sizes are often able to be predicted from the number of young that survive the first few months of life, known as the ‘recruits’. This is because most eggs and young fish die early from things like lack of food, being eaten, or inappropriate water quality, especially temperature. Temperature is an all-important environmental factor, because, being cold-blooded, a fish’s physiology and metabolism, and hence growth rate, is mostly governed by it. Temperature also drives food production for young fish. Encountering the right temperature range during early life can mean the difference between life and death.

Aside from water quality, most fish recruitment hypotheses consider food and predation as the most important biological factors that limit survival of young fish. There is general agreement that the faster a young fish grows, the less time it will spend being susceptible to predators. So, having lots of food while not encountering predators, is probably the key to good recruitment. We wanted to find out how and where these conditions exist, and how young fish, which tend to be poor swimmers, find them. 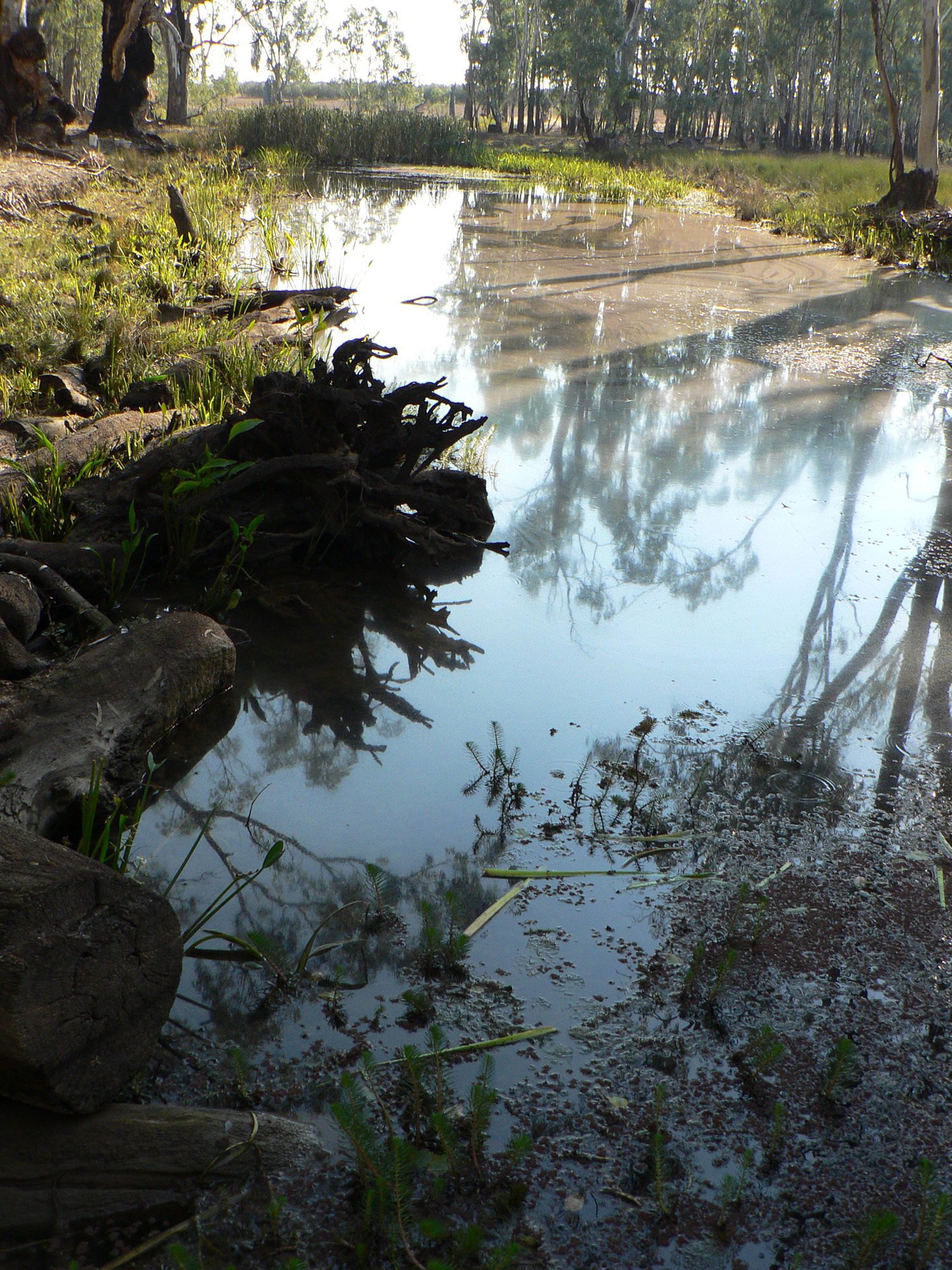 Rivers comprise a network of channels, connected by (mostly) downstream flow, which periodically connects to a much larger floodplain during overbank flooding. Flow plays a central role in rivers, influencing: geomorphology; chemistry; the sources, storage, transformation and transport of energy and nutrients; the transport of sediment; the movement and reproduction of animals and plants; and patterns and processes associated with food webs.

The river ecosystem concepts that have emerged in the last few decades to explain how rivers work (for example, River Continuum Concept, Flood Pulse Concept and Riverine Productivity Model), attempt to integrate many of the above patterns and processes in order to explain what we see in natural and modified rivers, but none specifically consider fish recruitment. This is not surprising: that was not their aim, but it leaves us somewhat floundering…if you’ll excuse the pun.

It does, however, provide us with the foundations on which to build more specific recruitment-related concepts for rivers. What would be ideal is a synthesis that relates how the early stages of a fish’s life interact with the physical, chemical and biological features of rivers, and especially with flow, to create the next generation of fish – for all fish in all types of rivers.

Putting it all together

As a rule, river fish breed at about the same time each year. On the other hand, the abundance of the main type of food for young fish, zooplankton, fluctuates with flow and temperature at shorter time intervals. As a result, fish may breed at a time and location where there is lots of food, if the cues for both are in sync, or if the cues are out of sync, fish may breed at a time and location when food is scarce. If a young fish finds lots of food quickly, not only will it survive during the critical first-feeding phase, but it will grow fast. The faster a fish grows, the shorter the time it will be vulnerable to predators. So, successful life history strategies for parents are those that get young to places that are food-rich and predator-poor. We wanted to know where and when are these places and what makes them special?

Rivers are characterised by a wide range of habitats that perform different functions from one location and time to the next, as water levels changes. Many of these habitats are unsuitable as nursery habitats for young fish, because they either contain little of the right types of food, have too many predators, or are of poor water quality. Some habitats – typically the slow-flowing, more structurally complex ones – are not only good for producing food, but also for concentrating this food so that it is able to be used by poorly swimming larvae, while also providing sheltered refuges from larger predators. In-channel summer slackwaters (the slow or still margins or backwaters of channels) are one such habitat, and seem to act as important nursery grounds for many Murray-Darling Basin fishes.  Inundated floodplains, if they occur at the right time of the year, may also be another. 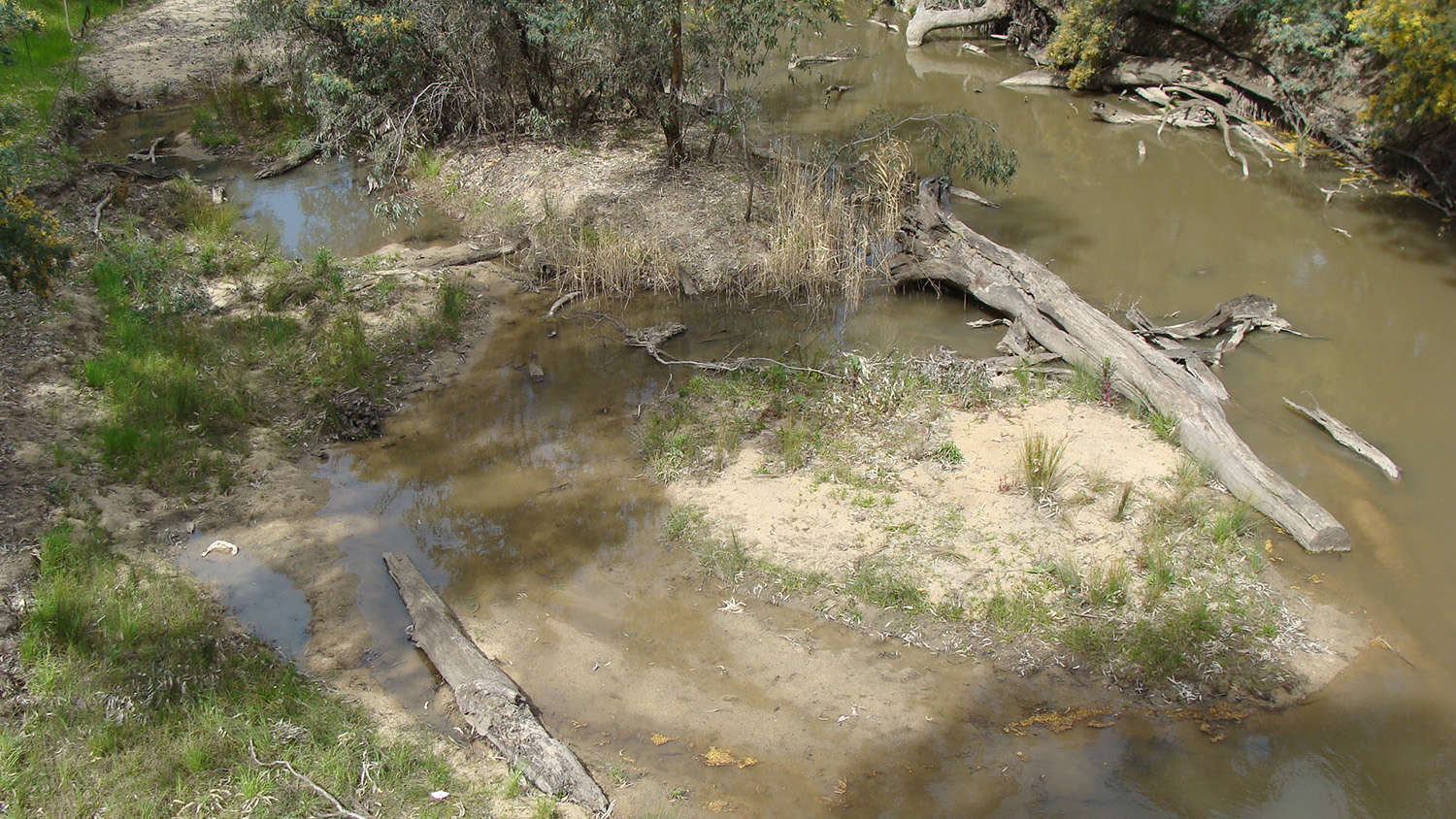 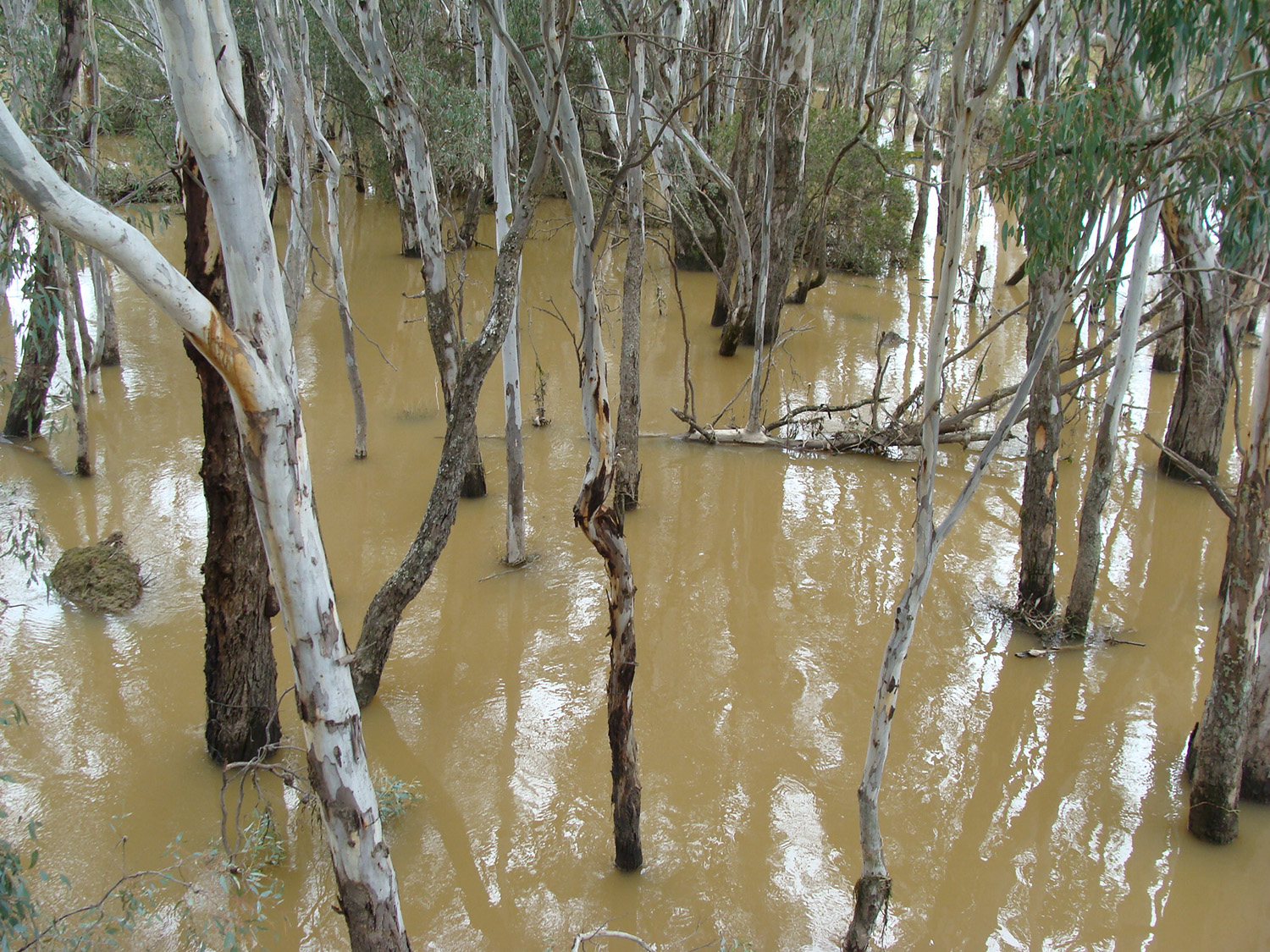 Unlike other fish recruitment concepts, models and hypotheses developed for river fishes in Australia, our synthesis brings together the key environmental components that are known to drive fish recruitment: flow, fundamental resources supplying energy and nutrients, food, predation and temperature (see Figure 1). The synthesis allows generalisation to all fish species in all types of rivers. It was built on the foundations of previous work done on freshwater fish in Australia and overseas.

We argue that flow drives the production of the food of larval fish through its effects on energy and nutrients and its interactions with the complexity of riverine habitat and temperature (see Figure 1). Habitat complexity is critical for the retention and concentration of the food, while also providing refuge for young fish from predation. Abundant food also means fast growth rates, which are also a form of predator protection. The final combination of all of these pathways and relationships will result in the number of surviving young – recruitment. Importantly, the nature of these relationships will be greatly influenced by the species traits, such as life history, physiology and behaviour, of the fish that is the target of study.

Figure 1. The key components of the external riverine environment that are affected by flow and that interact with individuals and populations through fish species traits to create conditions conducive for recruitment.

The MDB EWKR project is now testing the predictions of our flow-recruitment synthesis in an attempt to improve our understanding of the critical hydraulic habitats and their key characteristics (food, temperature, structure) through field sampling in the Ovens River in northern Victoria. This knowledge will be shared with water managers, to assist them in boosting fish recruitment across the Murray-Darling Basin’s rivers.