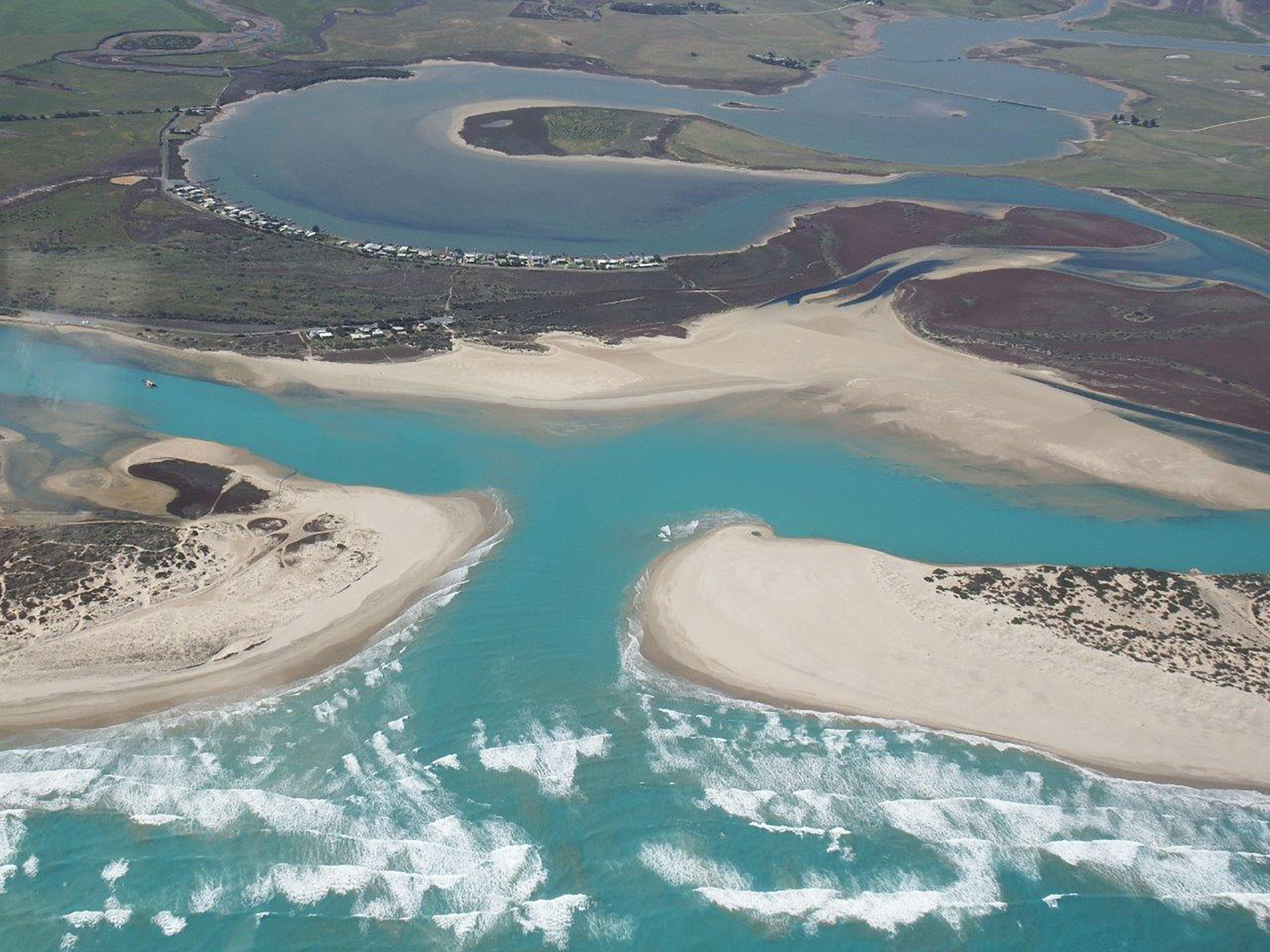 Flow over the barrages plays a key role in preventing or reducing seawater and salt coming through the Murray Mouth into the Coorong.

Over five years, environmental flow contributed to 1,268,000 tonnes of salt export to the Southern Ocean. This is equivalente of 63,400 semi-trailers each carrying a full load of salt (~20 tonnes).

The Murray River is very important as it drains a large area of Australia, from southern Queensland to South Australia passing by New South Wales and most of inland Victoria. The Mighty Murray is the world’s 16th longest river (2,250 km) and the 3rd longest navigable river, after Amazon and Nile Rivers. Whilst it is lengthy, the Murray River has been considered a slow flow system, even pre European settlement. In the late 1800s an irrigation system was introduced, followed by construction of storages, locks and weirs in the earlier 1900s. These, coupled with climate change and more drastic and frequent droughts have considerably diminished the amount of natural flow reaching the Southern Ocean via the Murray Mouth.

Modelled cells (circled) used for calculating the modelled concentration of nutrients or salt at the Wellington, Lake Alexandrina Middle and Murray Mouth sites. 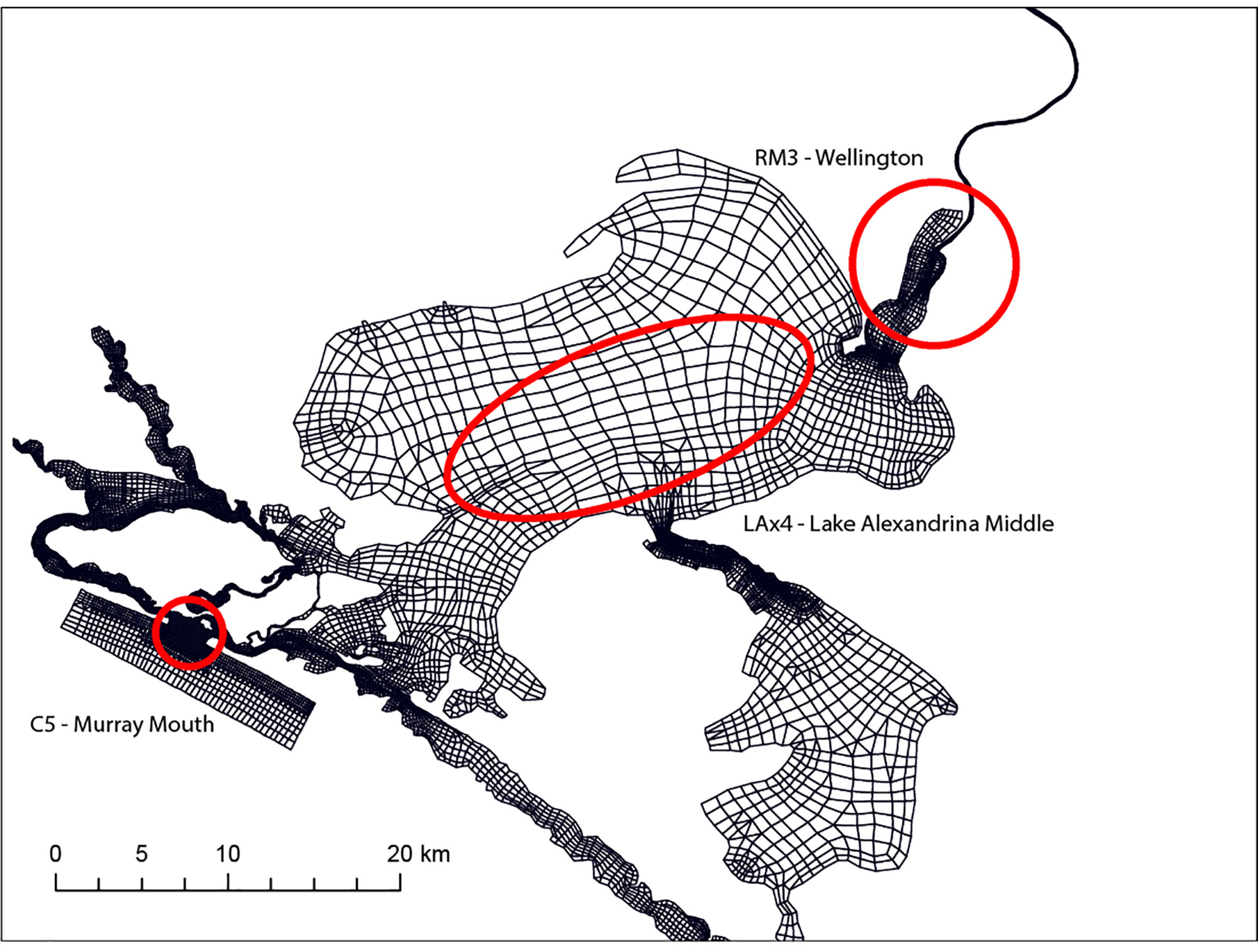 By modifying flow regime, rivers can have their chemical, physical, geological and biological processes altered. For example, reduced flows will increase the intrusion of salt and decrease the export of salt from the system. There is approximately one trillion tonnes of salt in groundwater in the Murray–Darling Basin (MDB) and an additional 1.5 million tonnes is deposited in the basin each year by rainfall. Unless salt is exported from the basin with flow, there will be a net accumulation of salt within the basin. The Basin Plan sets out a salt export objective to ensure adequate flushing of salt from the Murray River system into the Southern Ocean. The indicative target for salt export from the basin is two million tonnes per year.

Being at the end of the MDB, salt accumulates rapidly in the Lower Lakes, Coorong and Murray Mouth (LLCMM) during low freshwater flow. River flows, therefore, can influence the concentration and transport/ export of salt. Environmental flows can be used to reinstate some of the rivers natural processes, which could provide ecological benefits by improving habitat and resources provisions for aquatic biota. To assess the contribution of environmental water to salt transport for the last five years (2014-15 to 2018-19), a hydrodynamic-biogeochemical model was applied below Lock 1 to the Murray Mouth. The model was validated with water quality data. The aim was to answer the following question: