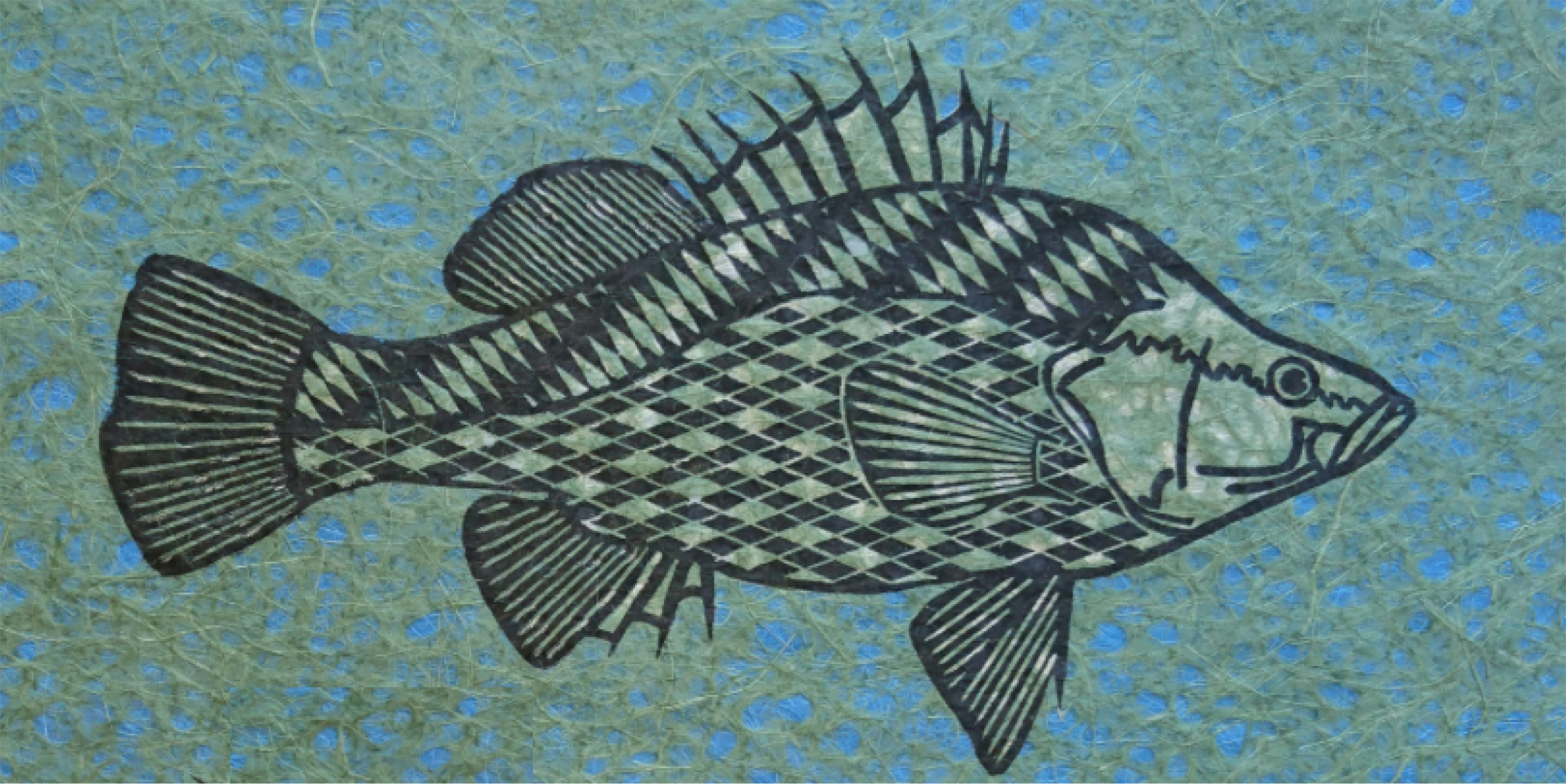 Cultural value of a Yellowbelly

Featured image: “Dhagaay yulaanbi-li nhulaan” – a traditional painting of the Yellowbelly by Gamilaraay artist, Mawu-gi (Brent Emerson). Check out more of Brent’s work on his portfolio

Yellowbelly hold cultural values rooted in economics, social and environmental health, spirituality & as good old tasty tucker. These medium-sized native fish live throughout the Murray-Darling Basin and are known by different names in different regions. The names Golden perch, Callop and Murray perch might sound familiar to you. Did you know they are also known as “Dhagaay” in Gamillaraay/ Kamilaroi language and “Gagalin” or “Bidyin” in Wiradjuri language. Yellowbelly have many other names across regions and Aboriginal Nations.

Trade and barter of Yellowbelly between the Ngemba People and those from surrounding nations is an example of the fish’s economic value. The Ngemba People are the traditional owners of the Barwon River’s Brewarrina fish traps, an historic artefact thought to be one of the oldest structures in the world (Image 1).

These fish traps were used to capture and store fish, such as Yellowbelly, for consumption by the Ngemba People and for trading with neighbouring nations. Jason Wilson, a Yuwalaaraay/ Euahlayi and Kamilaroi traditional owner and Local Engagement Officer for the CEWO, informed us that the Yellowbelly economy is still very much intact and functioning today. This is a living economy. 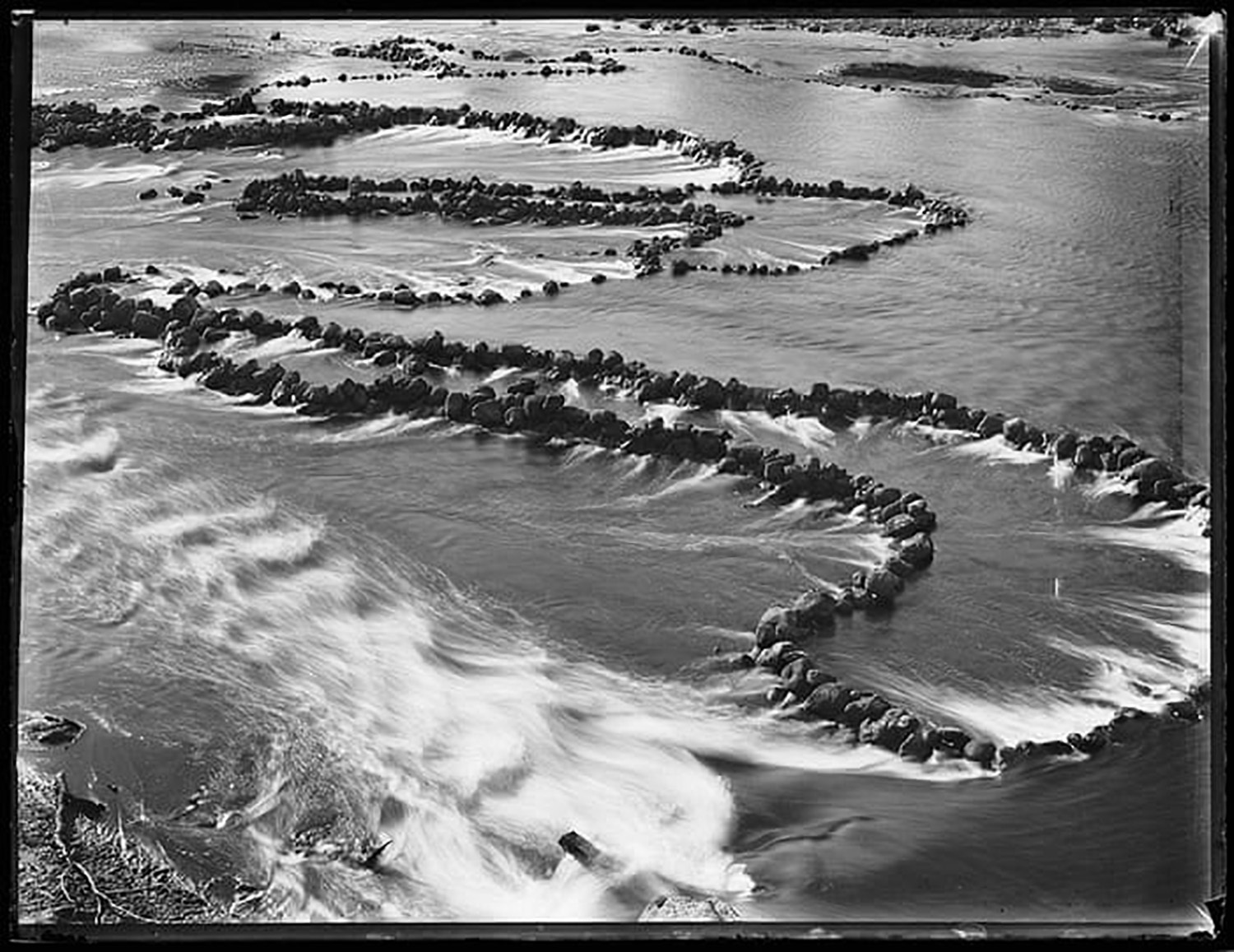 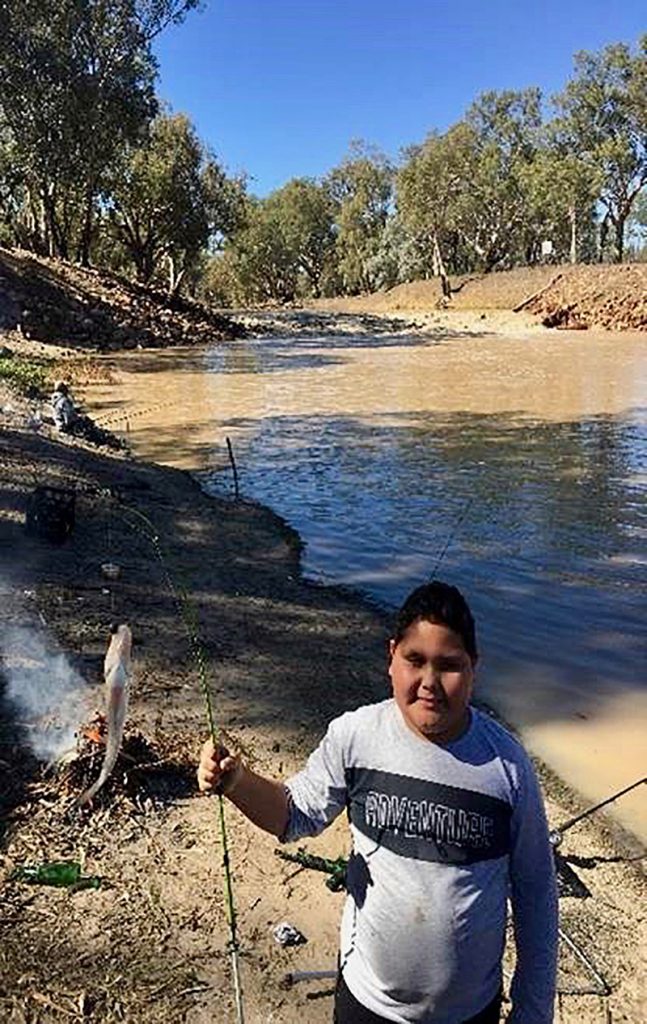 Youen Walford, a young Kamilaroi man, with his fresh Yellowbelly catch from the Barwon River near Walgett, NSW (Photo courtesy of Jason Wilson)

Casting a net or line into the sacred rivers of the Murray-Darling and retrieving fresh food straight from the source is an ancient practice demonstrating the Aboriginal People-Country connection (Image 2). Fishing for Yellowbelly today is an immersive cultural experience helping to fulfil the connection between modern Aboriginal folk and their ancestors and Country. Furthermore, the presence of abundant, healthy Yellowbelly is a traditional indicator that a river system is in good health. This type of knowledge and awareness is crucial when you are dependent on healthy rivers for essential resources and overall livelihood.

The Yellowbelly has much spiritual value, being tied to traditional services such as ceremonies, story-telling and spiritual beliefs. The Ngemba People proudly recognise Yellowbelly as one of their main totems and therefore have a profound spiritual connection to this animal. Phil Sullivan, Ngemba Elder and Aboriginal Heritage Officer for NPWS, explains:

“My family’s totem was the yellowbelly, and so our responsibility towards the Yellowbelly was in the water, in the river and everything about the river. That would entail looking after the river, but also looking after the sister whose totem was the little lily on the river. There was a circle that never stopped. The reeds might have been important, or maybe, there was a responsibility to look after the Brolga. The river has always been important because it holds the essence of life, which is the water.”

This deep totemic connection is a vital aspect of Aboriginal kinship with the natural world. Moreover, Phil Sullivan tells of a traditional Ngemba lore. He states that Yellowbelly swim against the river current, alongside all other fish in the river, to prevent water flooding their gills. No matter the type of fish, be it Murray cod, catfish, bream or the like, they all swim together against the current. Phil taught us that this is a metaphor that translates to us people. No matter a person’s race, gender or demographic, we must all move forward together through life.

Last but not least, the Yellowbelly is a reliable, delicious and nutritious source of food for communities past and present (Image 3). This animal nourished the people of numerous Aboriginal Nations for thousands of years and still does to this day. To maintain this living culture, we must ensure the rivers of the Murray-Darling Basin, the Yellowbelly’s native habitat, are kept healthy and connected. This will support these fish in fulfilling their natural ecology and allow us to appreciate them as a culturally valuable resource for years to come. For more on the Flow-MER Program, click here. 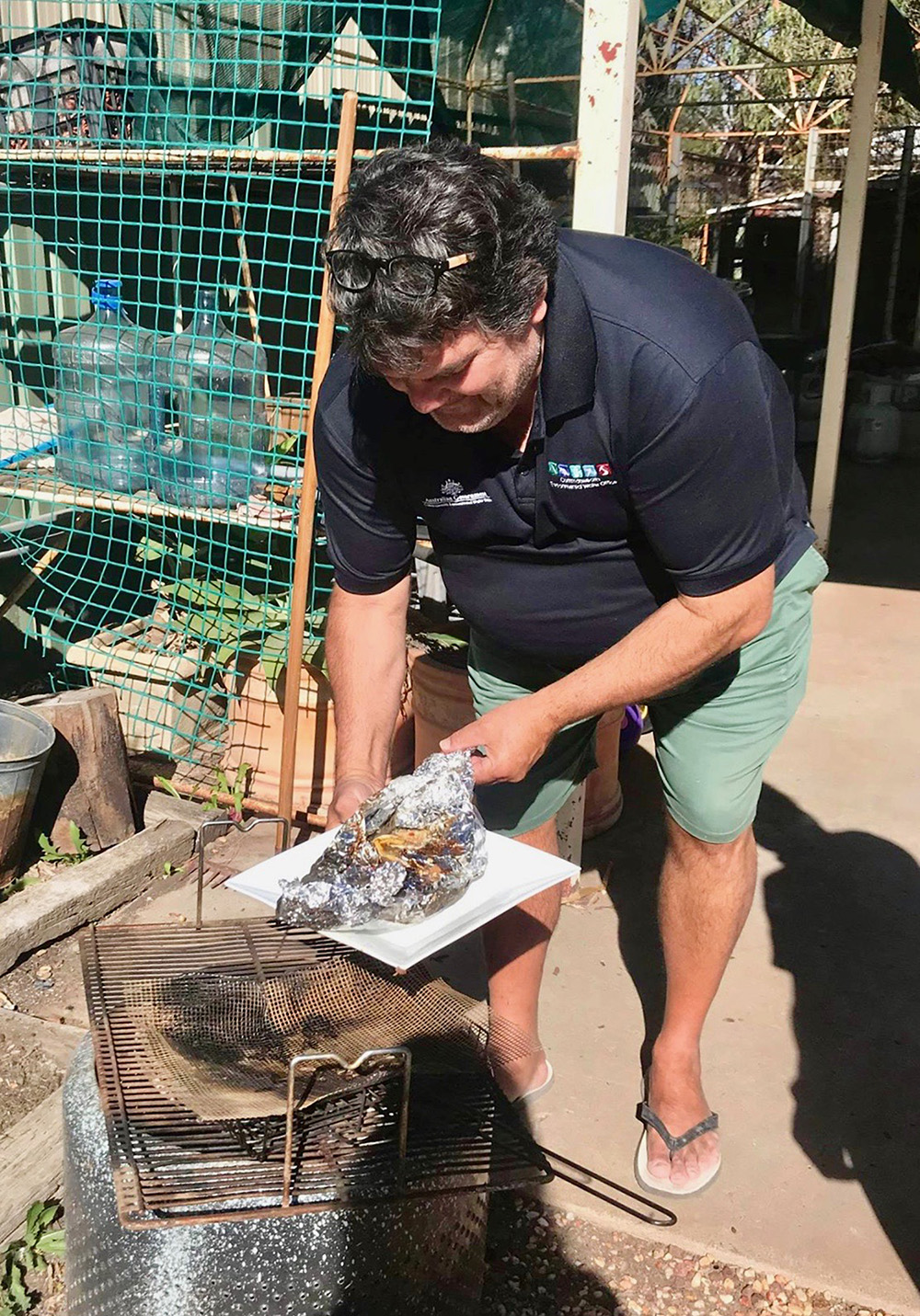 The Gwydir is a special place with significant environmental, cultural and economic values. Our work here focuses on monitoring and evaluating the outcomes water for the environment enables in some of the largest waterbird breeding colonies in Australia, as well as assess water quality, fish breeding and food webs. 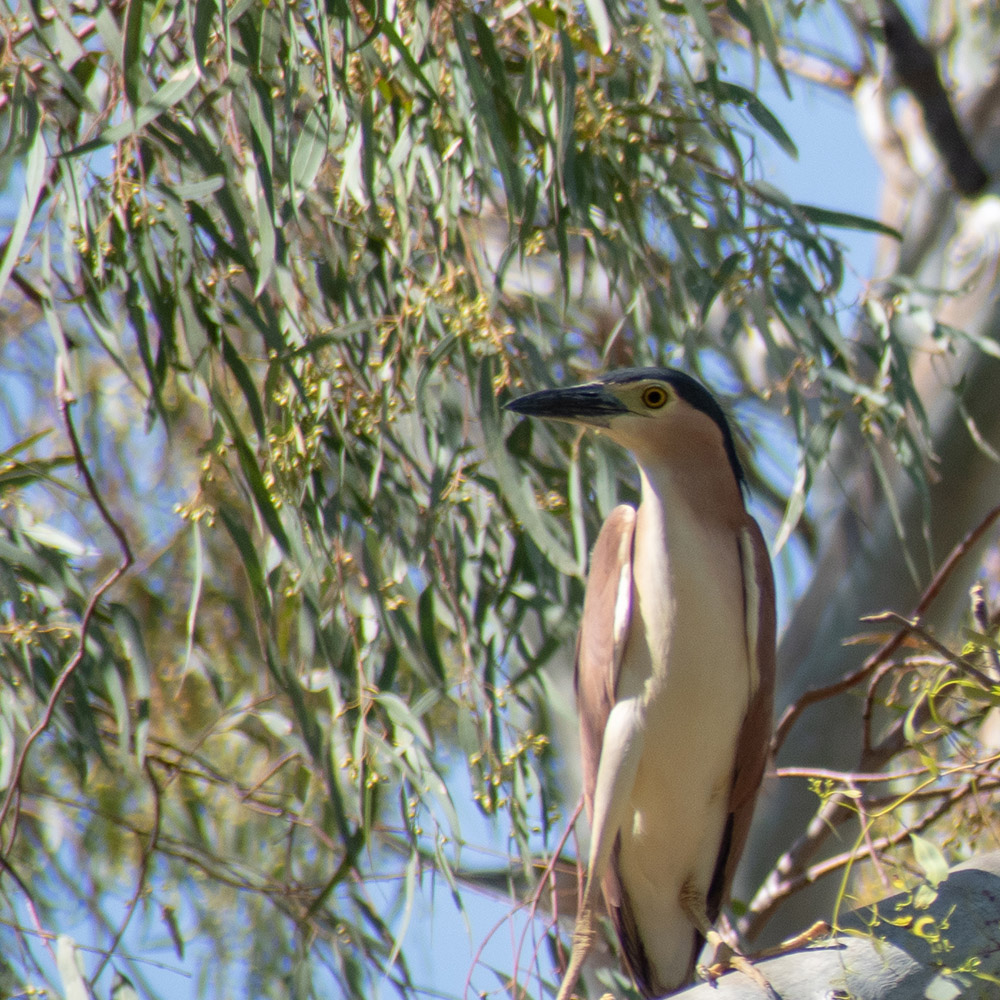