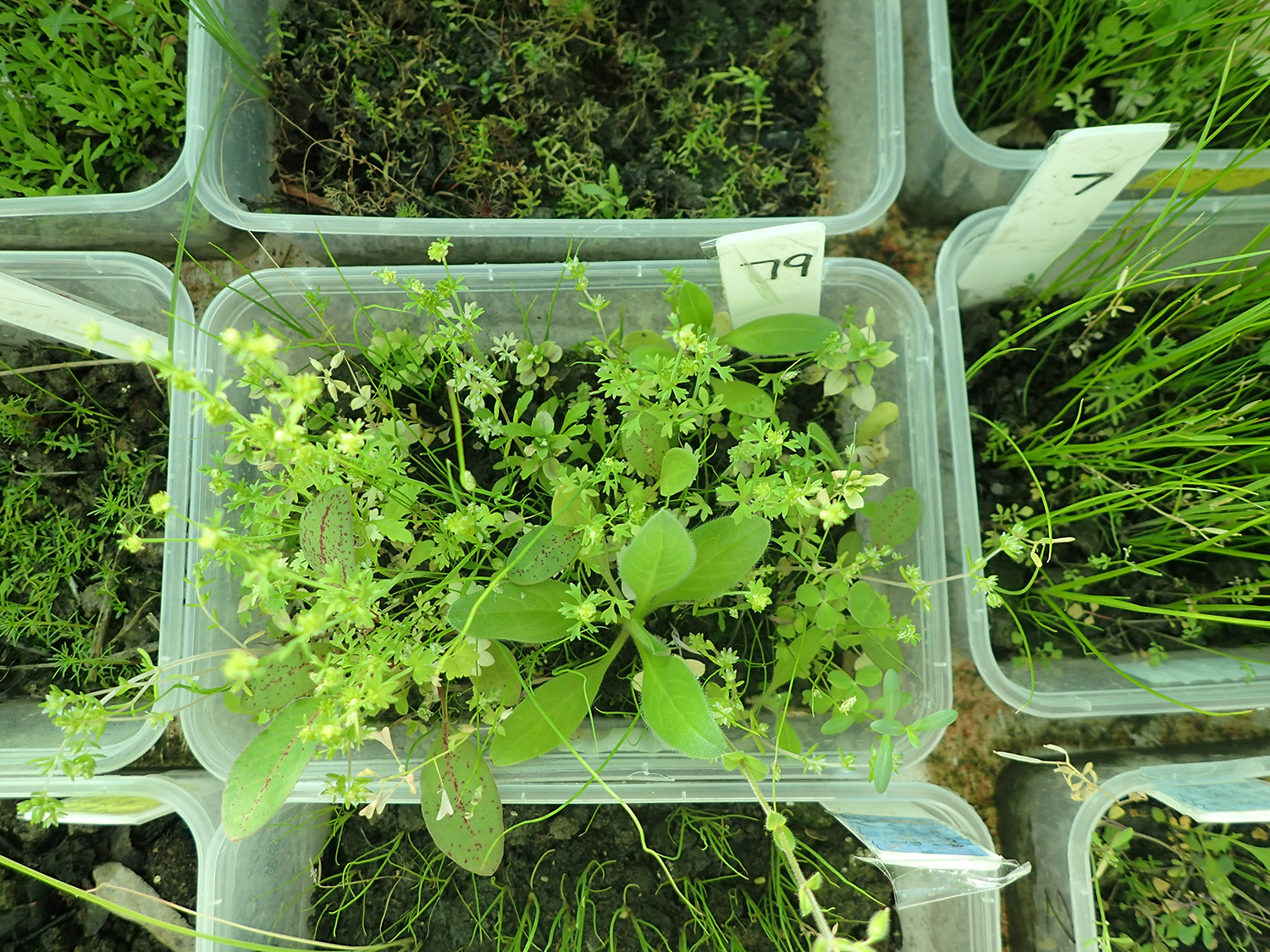 If you went for a stroll around one of the beautiful wetlands of the Murray-Darling basin, or through the floodplains and woodlands that surround them; then you would be greeted by a wide variety of plants species growing at your feet. From the delicate herbs growing on the edge of a receding wetland, to old and gnarled Black Box sitting far out on the floodplain.

Seed banks of the Murray-darling Basin

When some species of plant release seeds into their environment, these seeds do not immediately germinate, but instead remain dormant in the soil. The diversity of seeds that remain viable within the soil is known as the soil stored seed bank. Many of these seeds will remain dormant for long periods of time, waiting for a cue to germinate when conditions are favourable. For many species this cue comes from being inundated with water during a flood or environmental watering event. However, if the interval between watering events is greater than the longevity of the seeds, then they may not be able to germinate when conditions are suitable.

As part of the vegetation theme of the MDB EWKR project, researchers are hoping to find out which plants have seeds stored in the soil, and how this may relate to the frequency of flooding and the types of vegetation in the area. The germination trials aim to investigate the soil stored seed banks throughout the Murray-Darling Basin, and to determine if there are similar responses to flooding cues in different parts of the basin. 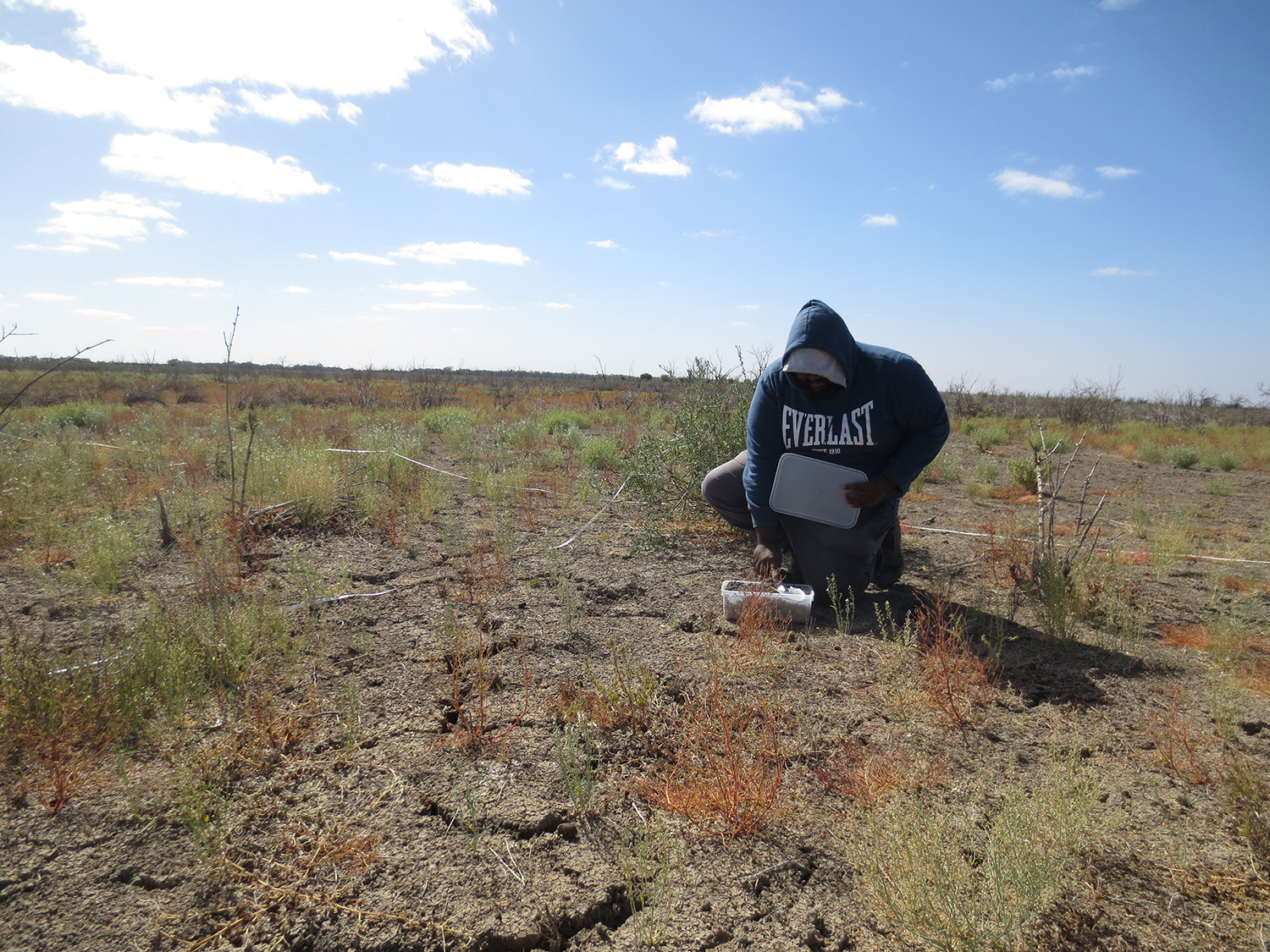 During the Autumn of 2017, staff from various institutes (La Trobe University Centre for Freshwater Ecosystems, Griffith University, South Australian Research and Development Institute, and NSW Office of Environment and Heritage) undertook field surveys at 4 locations across the Murray Darling Basin; in the lower Murray, the mid Murray, the Macquarie Marshes and Narran Lakes.

At these 4 locations, 180 individual sites were split into groups based on their vegetation structure and on how often the area is flooded. The different vegetation types included wetlands, inland shrublands and inland woodlands. The frequency of flooding within these vegetation types ranged from flooding almost every year, to one flood every 5-10 years. At each of these sites soil samples were collected randomly from within a 20x20m square, collecting all soil and leaf litter to a depth of 5 cm. Additionally, the plant species living above ground were also surveyed at each site, so that comparisons could be made between the plants growing above ground and the seed bank below.

The soil samples were then transported to greenhouses where the germination trial could be undertaken under controlled conditions. The soil from each site was split into two different treatment categories, which were potted in rectangular take-away containers. In one treatment, the soil was inundated with water and remained underwater for the duration of the experiment. In the other treatment, holes were drilled in the bottom of the pots and the soil was only kept damp but not flooded. These water treatments were maintained using a timed sprinkler system as well as a little bit of personal care and attention at time. 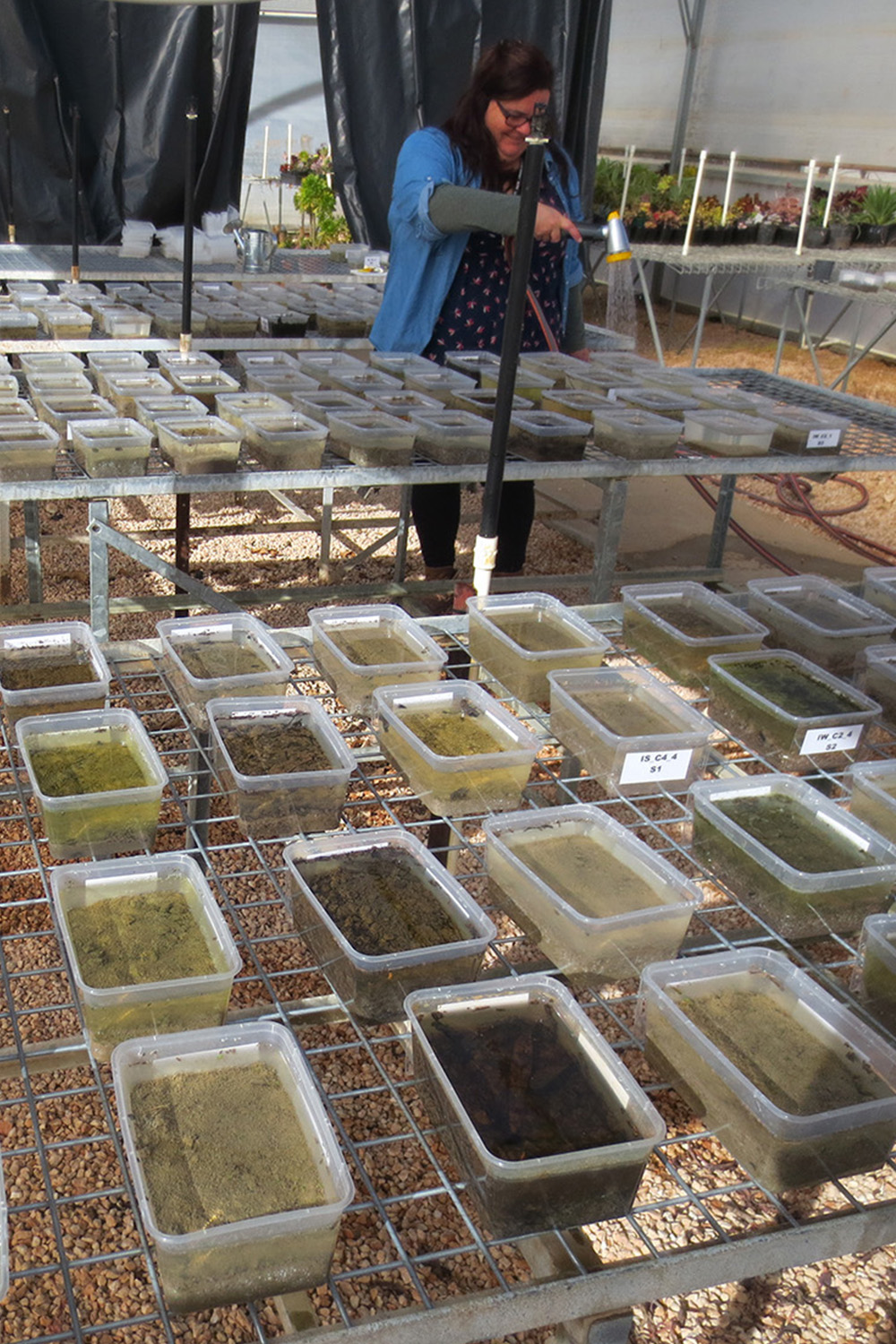 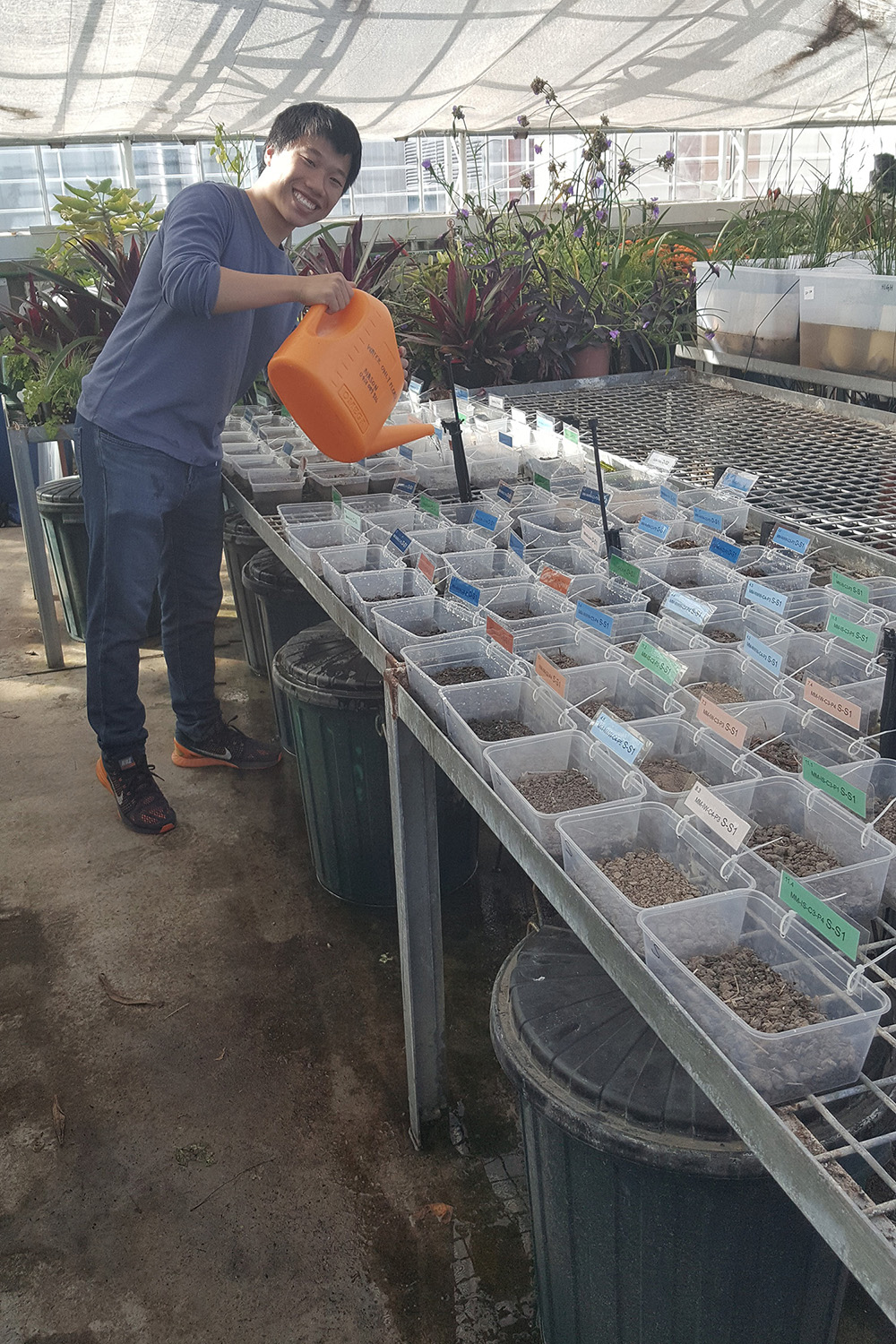 Over the next six months, researchers patiently waited and watched for the soils to reveal their hidden secrets. Within a month of the experiment beginning, the first signs of life emerged from the soil. One of the first seedlings to germinate was a small green sedge affectionately known as “Dirty Dora” or Cyperus difformis. This species is known to emerge quickly after water returns to an area. As seedlings continued to emerge, researchers identified the species of plant and counted the number of seedlings before removing them from the sample. By removing the seedlings, this avoided the possibility of re-counting plants and freed up space for other seedlings to emerge. However, some plants are difficult or impossible to identify when they are so small and underdeveloped. So many seedlings were left to grow until they became more recognisable or produced seeds of their own.

Before too long, the containers which were once filled with nothing but soil, were now flourishing with life! By the end of the experiment, many of the containers were jam packed with seedlings of all varieties; from tiny floating ferns to towering sedges. All these species had been lying dormant as seeds in the ground, and their germination was triggered by the experimental “flooding”. At the end of the experiment, a final seedling count was made, and samples were taken to try and identify any remaining unknown species.

Results of these germination trials from all around the Murray-Darling Basin are currently being combined and analysed. We are hoping to be able to present the full findings in early 2019. However, preliminary results have already revealed some interesting facts. The diversity of plants that germinated from the soil samples was surprising, with as many as 30 different species emerging in some samples. In some locations there were more species found within the soil stored seed bank than were found living at the surface. Not only was there a great variety of species that germinated, but there was also a startling quantity of seedlings that emerged; with hundreds of individual plants emerging from many of the samples. This indicates that these once boring looking soil samples, were jam packed with seeds of all kinds, just waiting for their chance to spring into action. 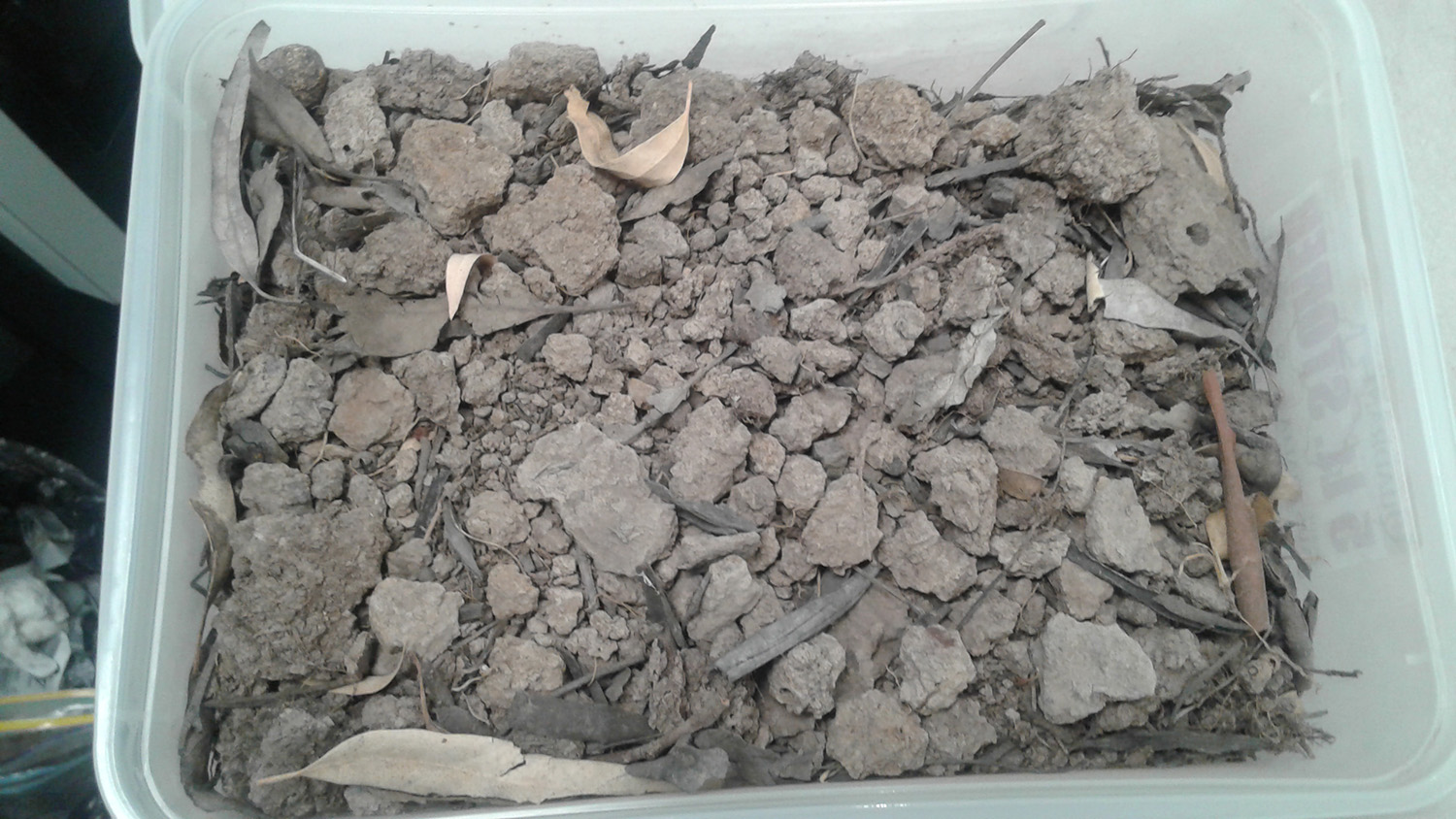 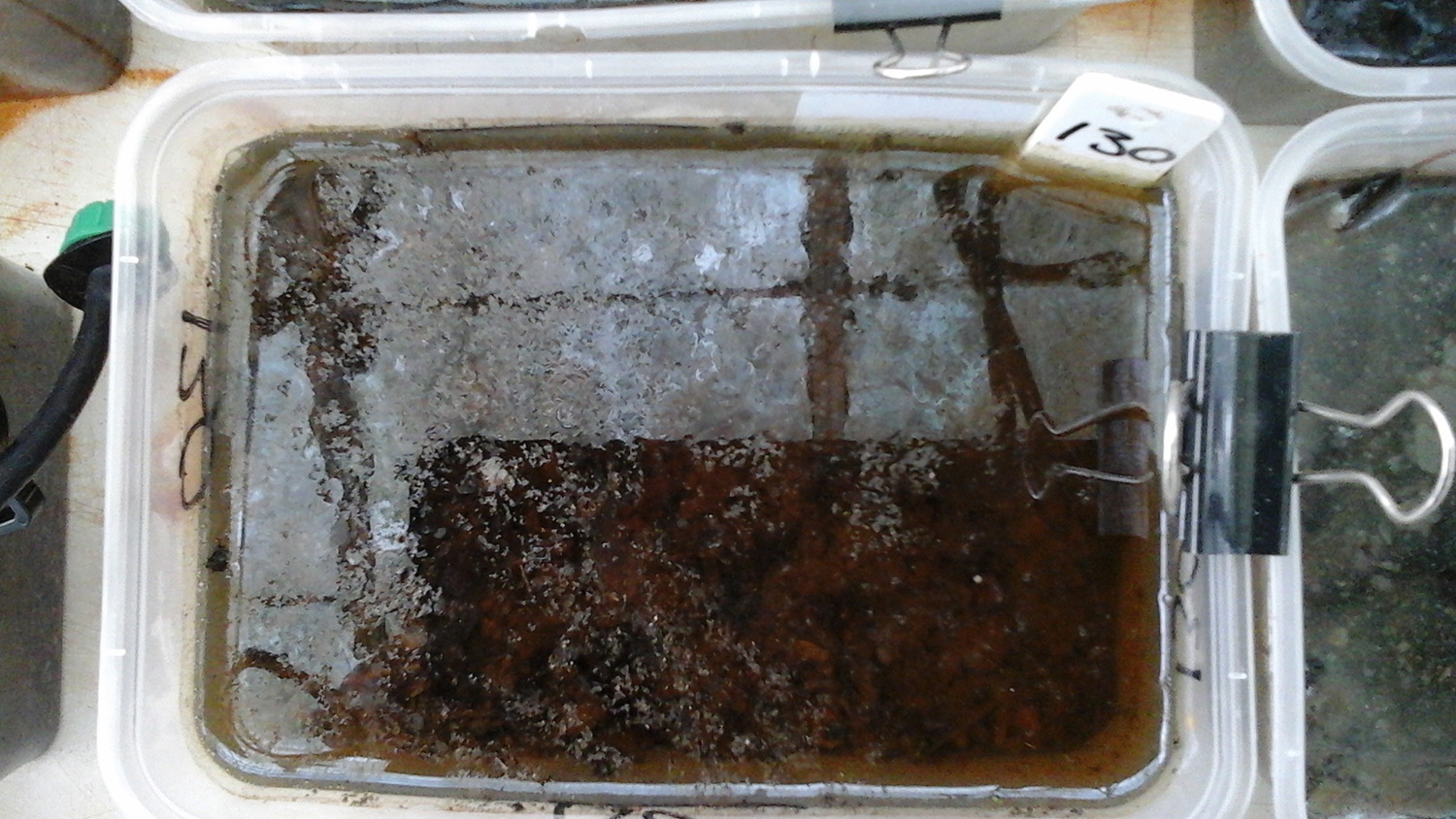 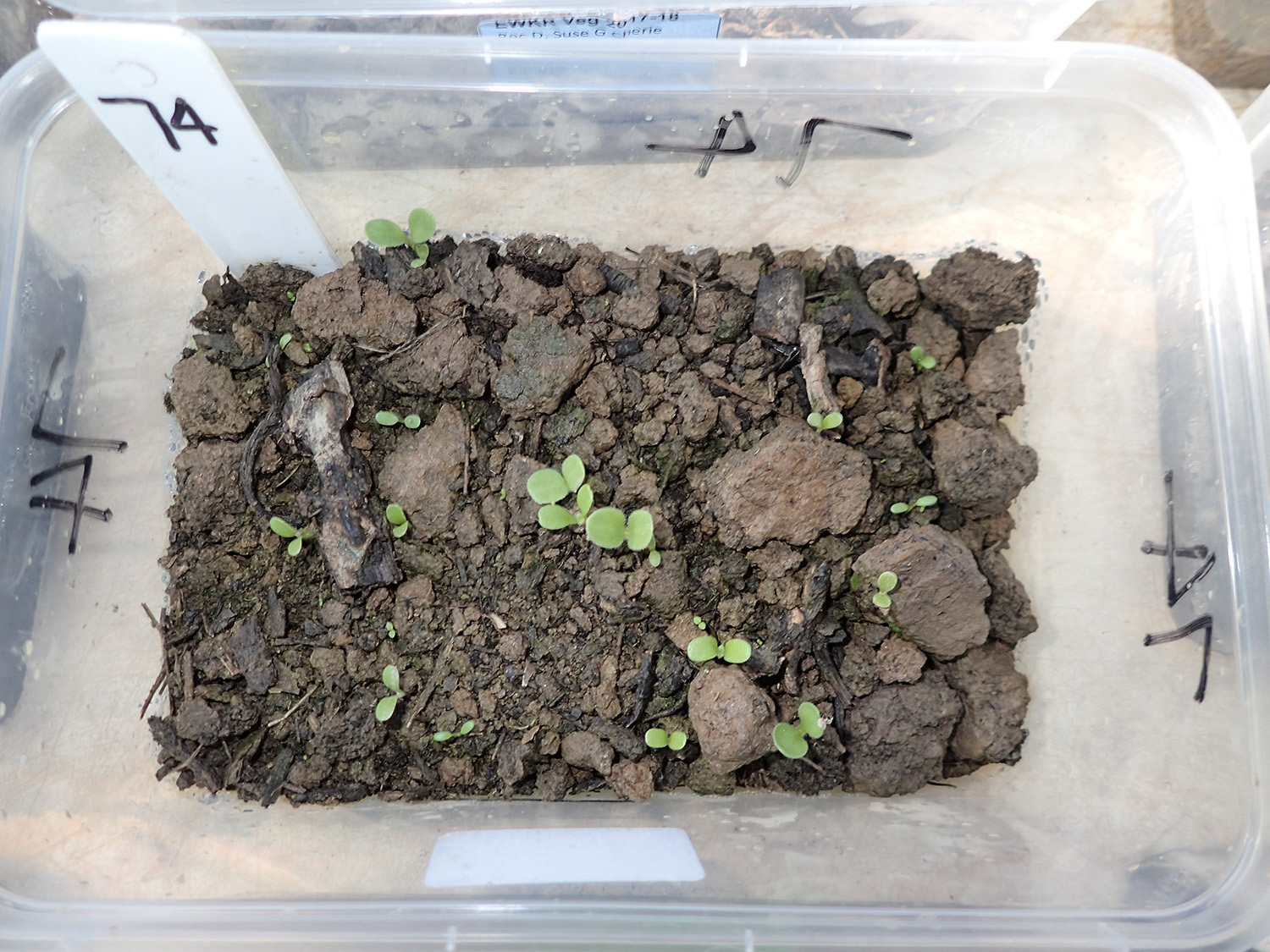 Some of the species that germinated from the soil include several rare and threatened species. One such species is Ammannia multiflora, or Jerry-jerry, which is listed as vulnerable in Victoria. Jerry-jerry germinated in soil samples from over 50 locations, despite only being recorded growing at 6 of these locations. This seems logical when you consider the life history of the species, which is often found on damp soils around receding wetlands. Our results suggest that this threatened species has a widespread and abundant seedbank, that responds well to watering.

Another interesting finding came from a curious sedge with pinecone-shaped seed heads which emerged in a soil sample from the lower Murray region. After further investigation this species was identified as Schoenoplectiella dissachantha, or Blunt Club-rush, which had not been recorded in the region for at least 20 years. There may be countless other rare and threatened species lying in wait throughout the Murray Darling Basin which could bolster local populations if we manage flooding appropriately.

The Vegetation Theme will evaluate the contribution of Commonwealth environmental water to the diversity and condition of non-woody vegetation across the Murray- Darling Basin, as well investigate how to best use it to achieve environmental outcomes for tree species such as River red gum and Black box.