Exploring links in the food chain

by Ben Gawne
This story discusses work undertaken during the Environmental Water Knowledge and Research (EWKR) project, and is re-published from the EWKR website.

The MDB EWKR project is investigating how environmental flows may be used to ensure there is enough food to support the recruitment of native fish and waterbirds. Recruitment, which is the survival of offspring to adulthood, is believed to be sensitive to changes in flow, and declining populations of native fish and waterbirds have been linked to the effects of human flow modification.

The influence of flow on food resources is just one of a number of direct and indirect pathways by which flow may influence recruitment. There is, however, little known about how flow influences the amount, type and quality of food available to support recruitment. One of the reasons for this is that flow can influence food availability in a variety of ways, each of which has implications for environmental water managers:

For our MDB EWKR Food Web Theme, ‘overall productivity’ is considered to be the amount of organic material generated by an ecosystem which is then converted into food for fish and waterbirds. There is now strong evidence that flow has a major influence on a river’s overall productivity. Flow timing is important because changing temperatures and day lengths across the seasons influence the productivity of plants including algae and macrophytes. For example, a summer flow will be associated with a more rapid and greater response than flows in autumn or winter.

Nutritional value refers to the composition of organic matter, with variations in protein, amino and fatty acid composition contributing to nutrient content and affecting animals consuming the material. Flow is known to influence the types of primary production that occur (i.e. species of trees, macrophytes or algae), and this in turn, has an influence on the nutritional value of the organic matter produced. The nutritional value of the organic matter can significantly affect the growth rates and condition of consumers and their predators. One example is the effect of low flows in the Murray River and Murrumbidgee River that are associated with blooms of blue-green algae. Blue-green algae lack essential fatty acids and are a poor quality food resource. This nutritional deficiency then moves up the food chain, affecting the health of fish, other aquatic organisms and predatory birds.

Flow regulation has also affected patterns of connectivity in freshwater systems through changes in flow regimes, for example, reduced flooding and reduced short-term variation, as well as through the installation of infrastructure like dams and levees. Protection or restoration of connectivity patterns can influence waterbirds and fish by modifying food webs that facilitate the exchange of material and organisms between components of systems like wetlands and upland river reaches.

One example is that the lateral connectivity (flows going overbank out onto floodplains) created during floods promotes the exchange of material between the river and the floodplain. This movement of organic matter can represent a significant proportion of the total organic matter available to the system over the course of a year. Flows that restore lateral connectivity have the capacity to improve the amount and type of organic matter available to river channels in regulated systems.

In addition to the amount and type of organic matter produced by an ecosystem, flow may also affect the availability of food. For example, Colonial nesting waterbirds rely on floodplain inundation to support recruitment. Within the inundated area it is likely that some habitats are of greater value as a waterbird food resource than others, in terms of both productivity and availability. Changes to flooding characteristics may have affected the area or availability of these habitats with potential consequences for the waterbirds. This is a question that the MDB EWKR Waterbird Theme will seek to address.

The length of a food chain is described by the number of times organic matter from the base of the food web is consumed before it reaches the top predators. Systems in good condition are associated with having longer food chains than systems in degraded condition. The shortening is often caused by the loss of higher predators such as large predatory fish and waterbirds. Shortening may also occur because there is less energy available to higher levels in the food web. This may occur in a number of ways:

1. There is less energy in the system (see Influence 1: Overall Productivity).

2. The amount of energy that moves through the microbial loop increases. Some of the organic matter in aquatic ecosystems is consumed by microbiota such as bacteria and fungi. The material may be used several times by the microbial community, and each time it cycles through less material is available to higher trophic levels.

3. As flow affects the food web, the number of links in the food chain also change. If less food is consumed, only a small proportion is then available to the next link in the chain. As a consequence, adding another link would significantly reduce the amount of food available at the top of the food chain. For example, flow regulation in the Murray River has led to a change in macroinvertebrates from large long-lived specialist species such as crayfish and mayflies, to smaller short-lived generalist or opportunistic species such as chironomids and worms. Such changes to community composition add trophic links, because smaller invertebrates need to be consumed by something larger before their energy is available to larger fish. This change may mean a significant reduction in the energy available to predatory fish.

The potential for these types of food web changes to affect the outcomes of environmental flows reinforces the need to take an ecosystem perspective when managing our rivers and wetlands. Taking an ecosystem perspective means understanding the processes that sustain fish and waterbirds and, in some instances, delivering flows that support food webs and the condition of the ecosystem, rather than targeting direct benefits for particular species.

The amount and type of food available to species may be affected by changes to the species present within the system. Two extreme examples are the introduction of an invasive species (an example of a stressor that interacts with flow) or the loss of a key species.

One group affected by reduced flooding is frogs. Frogs and tadpoles represent a major food resource for waterbirds such as herons and bitterns. The loss of frogs may have contributed to declines in populations of species such as Bitterns.

Flow influences food webs in a variety of ways, all of which have the potential to affect fish and waterbirds. As a consequence, water managers need to look at using flows to support and enrich ecosystem food webs, as the transformation of organic matter into abundant, high quality food resources is a key ecological process that can be restored by environmental flows.

Our aim is to understand, and be able to predict how Commonwealth environmental water influences water quality, which in turn can regulate rates of metabolism and productivity. We will explore how this energy fuels the carrying capacity of food webs that support fish and waterbird recruitment. 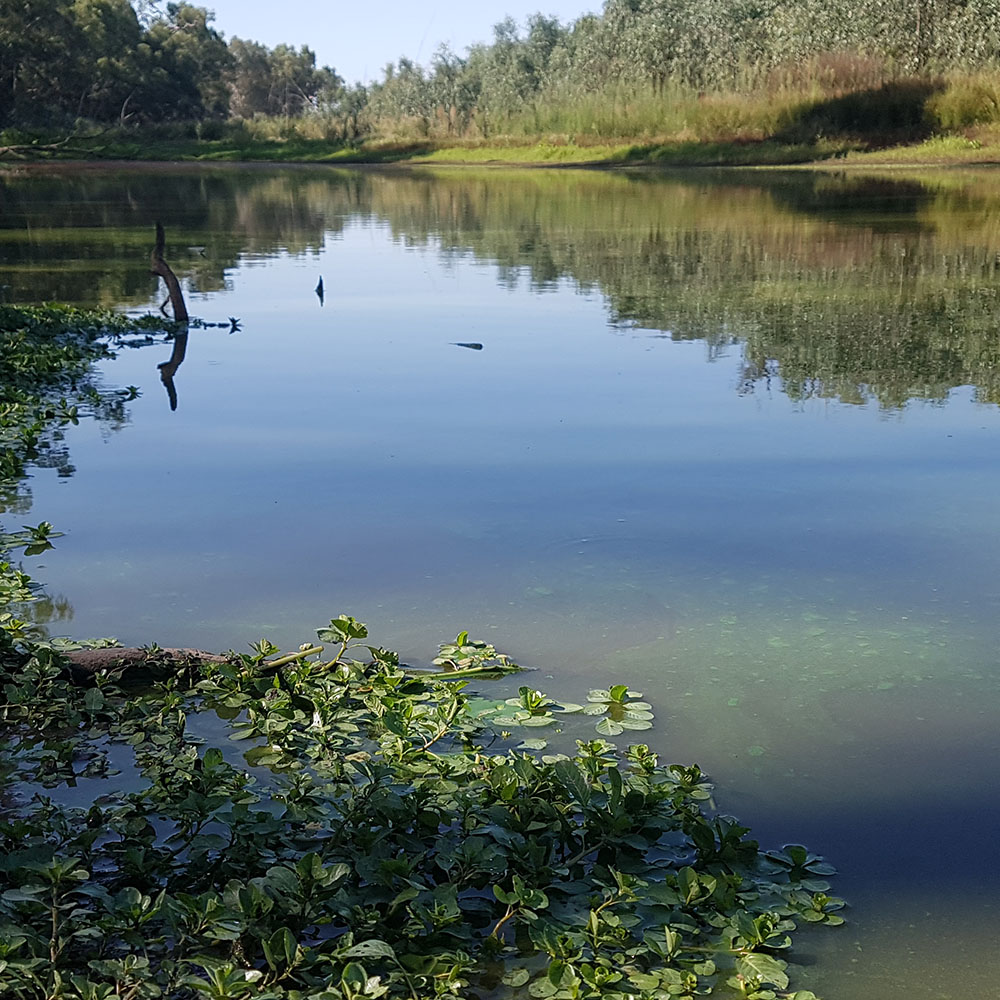