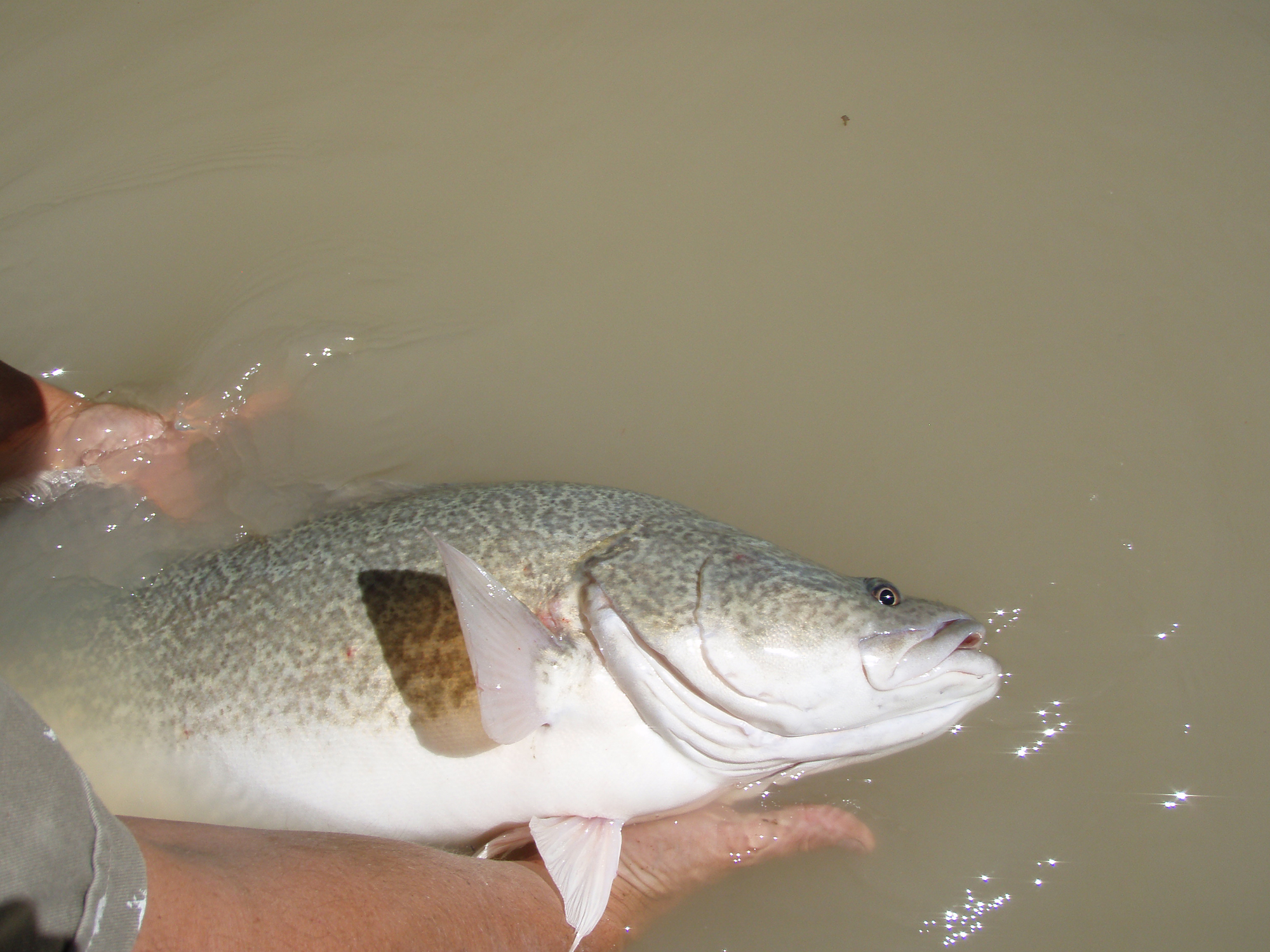 Murray cod (Maccullochella peelii) is Australia’s largest freshwater fish, reaching lengths of 1.4 m and weights of over 50kg, and living for up to 48 years. An iconic species of the Murray-Darling Basin (MDB), Murray cod forms an integral part of Aboriginal dreaming stories, was once harvested commercially, and continues to support an important recreational fishery. 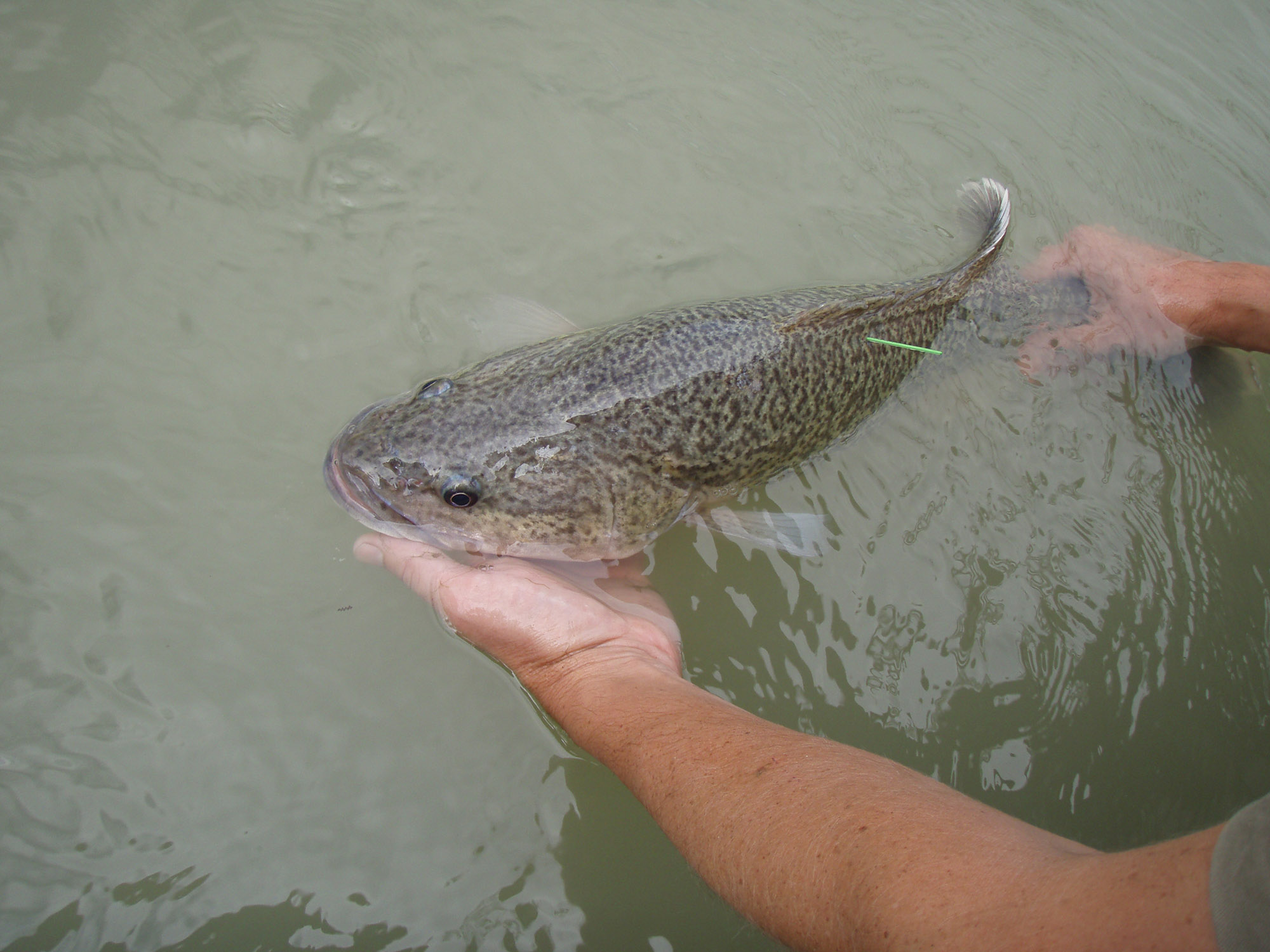 Whilst the species has great recreational and cultural significance in the MDB, populations have declined due to altered flow regimes, barriers to movement, overharvesting and habitat degradation. In the lower River Murray (downstream of the Darling River junction) the fragmentation by weirs, alteration to hydraulics (flow characteristics such as velocity and depth) and subsequent loss of fast flowing habitats, are the primary threats to Murray cod populations.

In the lower River Murray, Murray cod spawn annually (October–December) regardless of flow, however, we know recruitment is positively associated with elevated flow. High flow increases water velocities (hydraulics) and river productivity, creating habitats (logs and woody debris) and food resources critical to the survival of larvae and juveniles.

To investigate the links between flow and survival of early life stages, we are assessing growth rates and body condition (morphometric condition) of Murray cod larvae and juveniles, as they directly influence the level of recruitment. We will also be quantifying the abundance of young of year recruited to the population, in association with hydrology and hydraulics, and investigating the diet and sources of carbon (e.g. phytoplankton, trees, macrophytes, etc.) that support early life stage Murray cod and recruitment.

Targeted sampling for Murray cod larvae occurred downstream of locks 3 and 4 in November 2019. Samples were sorted, and a total of 28 Murray cod larvae were collected. In January 2020, our team was out searching for early stage juvenile Murray cod and successfully collected 31 fish (40-60 mm in length) by electrofishing suitable habitats. This, in itself, was a great accomplishment; Murray cod larvae and juveniles are commonly sampled in the lower Murray in spring and autumn, respectively, but this sampling event represented the first targeted sampling of early stage juveniles in summer. This size class is of importance as it may represent a vulnerable life stage and will be critical in assessing growth rates, body condition and trophic dynamics in the current project. 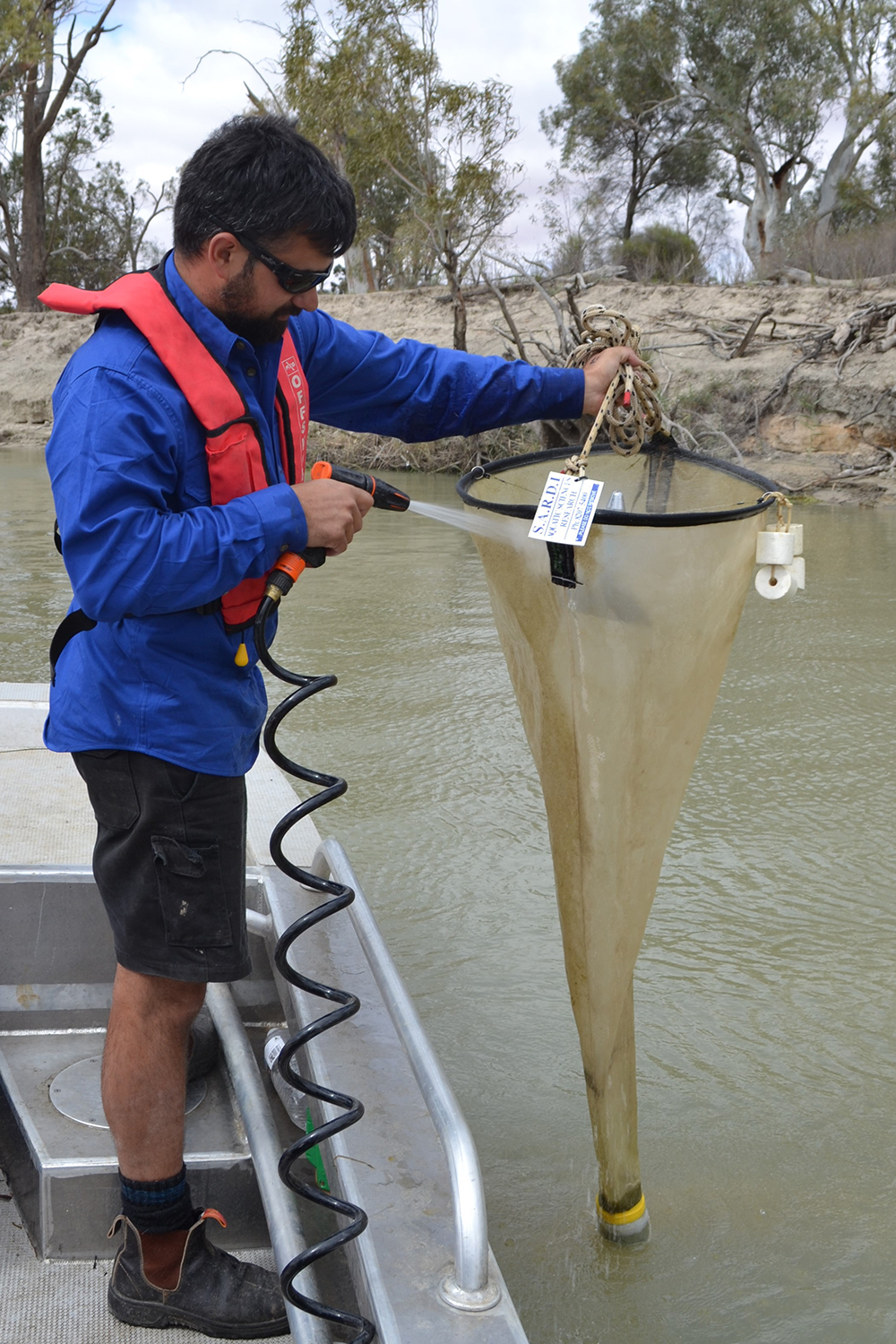 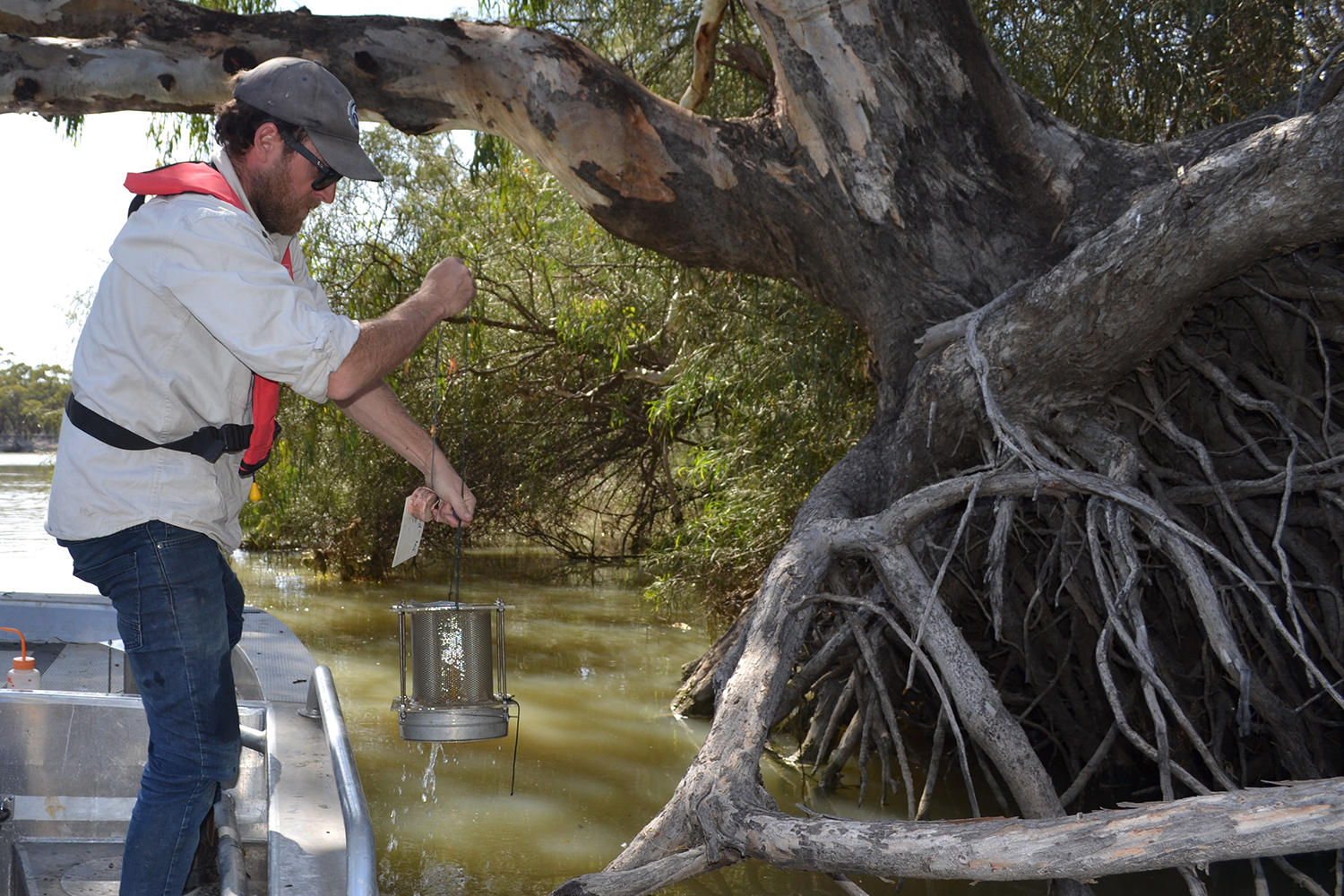 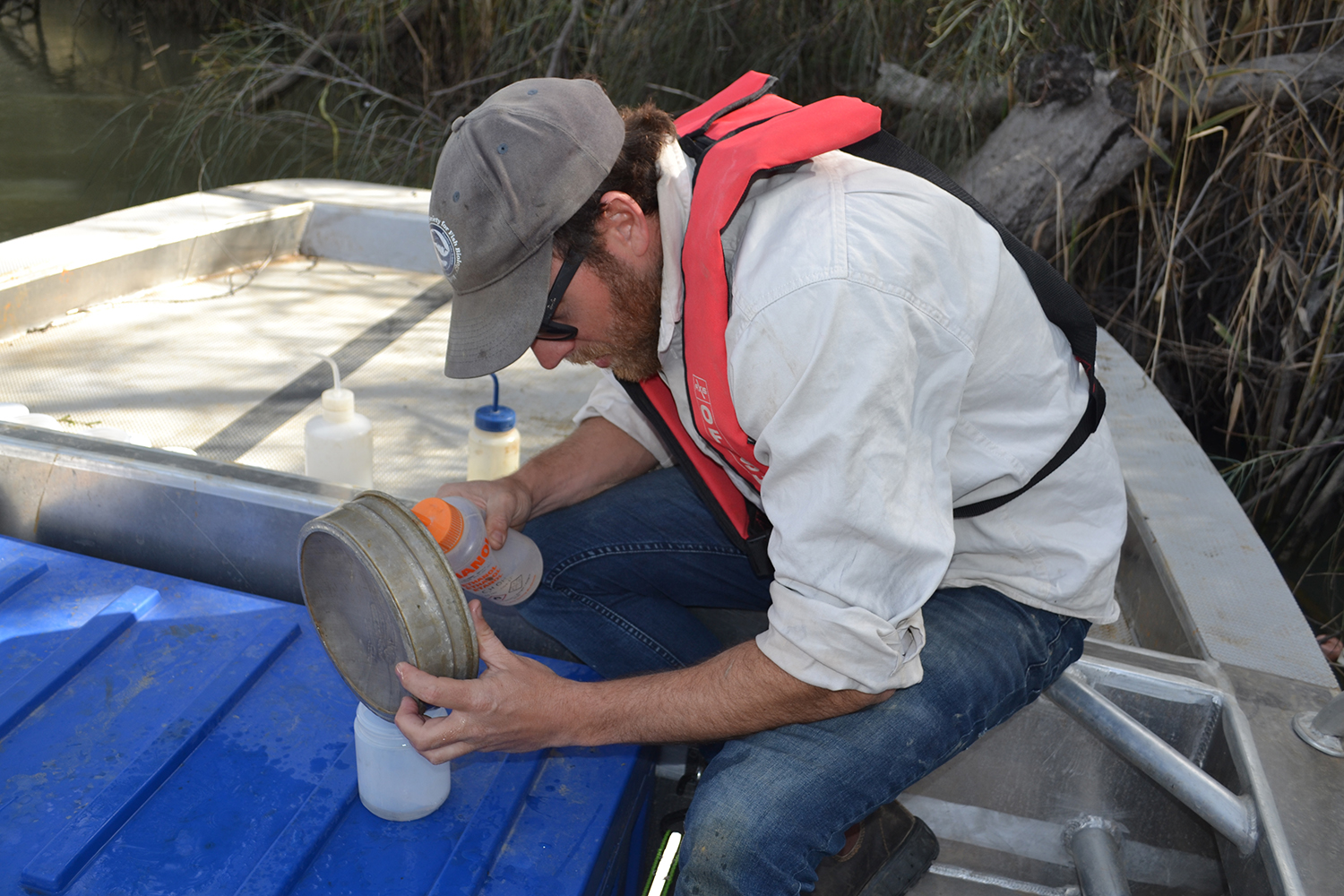 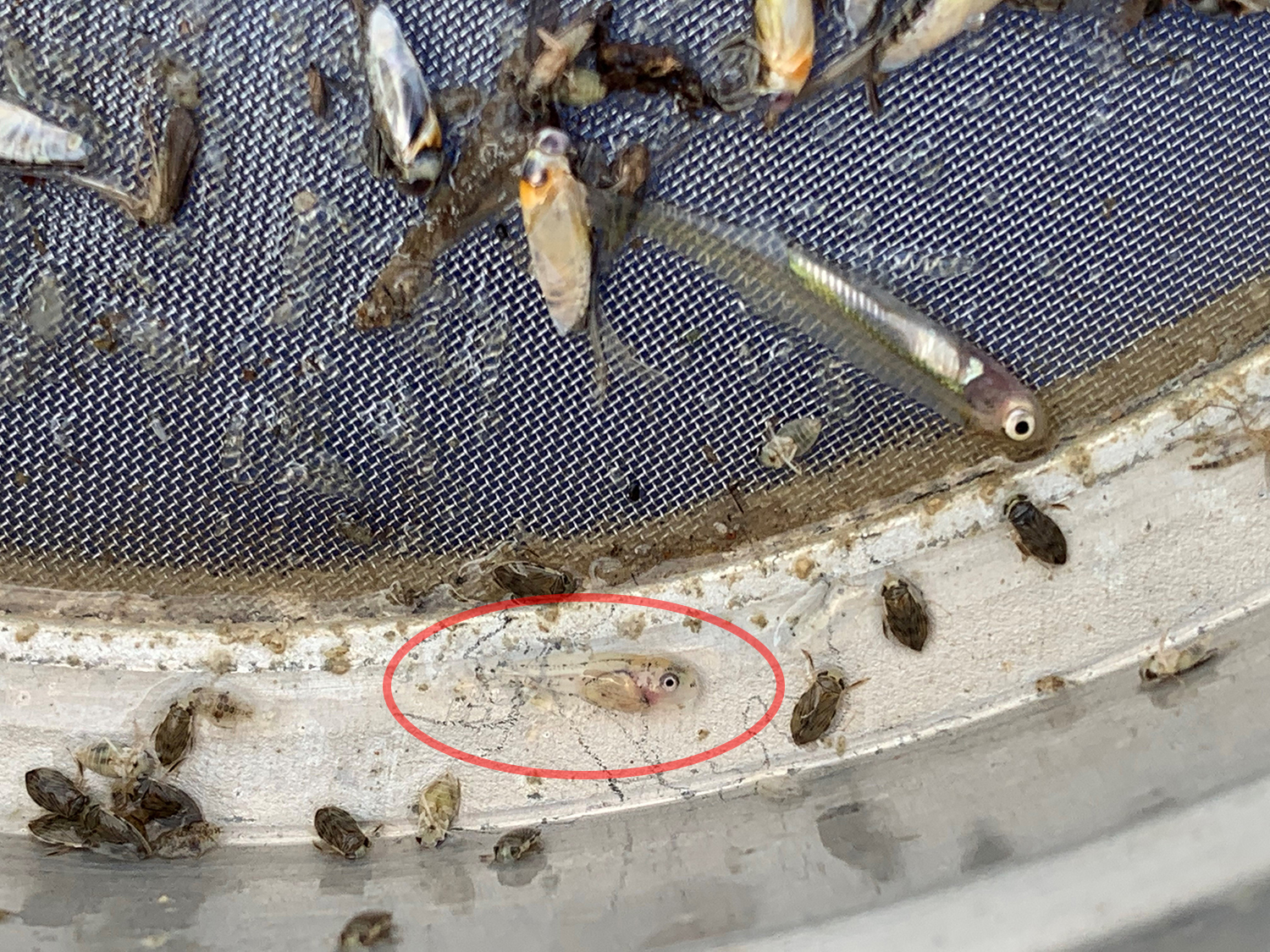 Sampling for juvenile Murray cod will continue throughout 2020. We will be processing samples in the lab to assess body condition, age, growth rate, diet and carbon sources. Ultimately, the influence of flow, and Commonwealth environmental water as a component of overall hydrology, on these aspects of the early life history of Murray cod will be assessed.